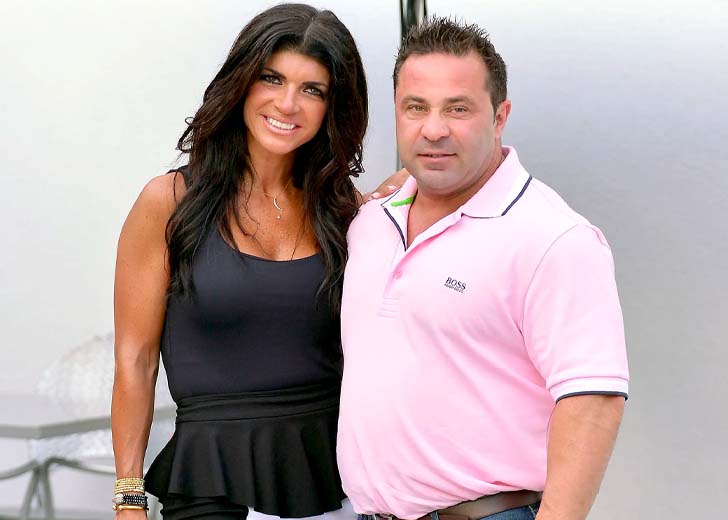 Teresa Giudice, with her ex-husband Joe, was convicted of tax fraud.

Teresa Giudice is an American cookbook author and a reality television star best known for her appearance in The Real Housewives of New Jersey.

The reality star recently made the headlines after she married her lover, Luis “Louie” Ruelas.

The Real Housewives of New Jersey pair married in front of 220 guests on Saturday, August 6, at the Park Chateau Estate & Gardens in East Brunswick, New Jersey.

Teresa’s four kids, Gia, 21; Gabriella, 17; Milania, 16; and Audriana, 12, whom she has with ex-husband Joe Giudice, were all present, as were Ruelas’s two boys, David and Nicholas, from a prior relationship.

The wedding took place 10 months after Luis, 47, proposed on a romantic vacation in Europe. Teresa, 50, had been seeing the businessman for about a year when she said yes.

Teresa and Ruelas’ romance was clearly designed based on the incredible story behind their meeting. Teresa told E! News in October 2021, “I know my mom and dad sent my boyfriend to me.”

Giuseppe “Joe” Giudice, an Italian citizen who had worked as a construction constructor and restaurant owner in New Jersey, was once married to Teresa.

Joe was born in Saronno, Italy, and was transported to Paterson, New Jersey, by his parents when he was only a year old.

He shares four daughters with the reality star, as was previously indicated.

Teresa and her ex-husband, Joe, announced their separation in December 2019 after 20 years of marriage.

Teresa and Joe were charged with conspiracy to commit mail, wire, and bank fraud, making false representations on loan applications, and bankruptcy fraud in a 39-count indictment on July 29, 2013.

The indictment also charged Joe with failing to submit tax returns from 2004 to 2008, when he reportedly earned over $1 million.

Due to suspicions of cheating and criminal convictions, as shown on the reality television program, this happened. A few months later, Teresa filed for divorce, and in September 2020, a representative said the divorce had been granted.

Teresa and Ruelas then began dating in July 2020 and got engaged in October 2021.

What does Joe have to say about ex-wife Teresa Giudice’s wedding?

Joe is pleased that his ex-wife, Teresa, is marrying again. But he is disappointed that her new spouse will have to put up with her family.

He told TMZ that he was delighted Teresa found a great lover in Luis Ruelas, but he was sorry the new spouse has to deal with Joe and Melissa Gorga as part of the package.

JG had this to say about his ex-in-laws. “For 20 years, I lived with that thorn in my side. They, unfortunately, always return.”

Teresa and Melissa’s feud was shown on three seasons of The Real Housewives of New Jersey from 2011 to 2013.

Joe says he missed interacting with the Gorgas and, apart from feeling terrible for what Luis is getting into with them, he wishes the newlyweds all the best.