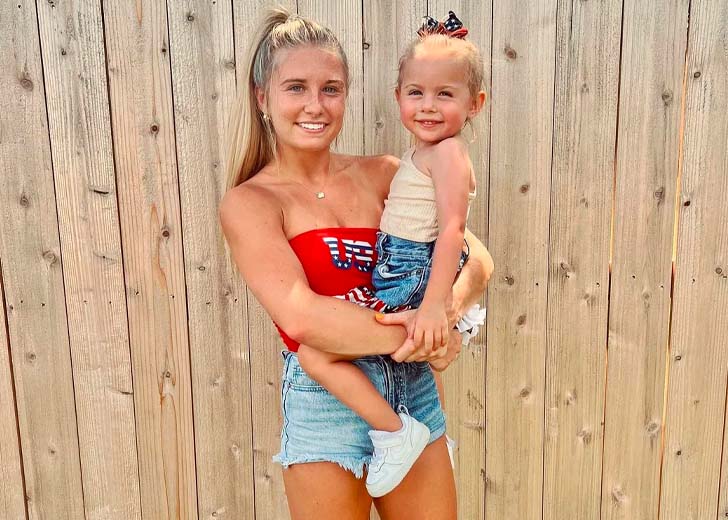 A deep dive into @wren.eleanor and the mother-daughter duo behind it.

Unfortunately, at times, it crosses the line.

While the posted videos seem harmless, there are a lot of hidden layers of exploitation. And recently, many family accounts —  especially mothers —  have received allegations of exploitation.

One such account is @wren.eleanor, aka Wren Eleanor, on TikTok. Eleanor is a three-year-old kid whose mother, Jacquelyn, posts different videos on the platform of the mom-daughter duo.

But recently, Jacquelyn has been scrutinized and has received allegations that she is abusing and exploiting her daughter for views and money.

What happened to Wren Eleanor?

Most of the content shared on the @wren.eleanor TikTok account, which has more than 17 million followers, appears relatively innocent at first sight.

Moreover, the mom-daughter duo has received sponsorship from brands like Hippeas and Shein. This shows how @wren.eleanor received massive traction in a short period of time.

Slowly, their fan base also grew. While some people adored the little girl, many creeps started lurking around.

To make matters worse, Eleanor’s mother did nothing to stop it. Instead, she posted lucrative posts like the three-year-old eating corn dog, showing how her mom shaves her genitals, and putting a tampon.

Soon, people started complaining that Jacquelyn was aiding in the exploitation of her daughter. The comment section of @wren.eleanor is filled with concerned comments.

Similarly, there are some disturbing comments as well, like asking if Eleanor is single and how they adore the bath videos. These adult males make these comments, not shying away from making disturbing statements about a three-year-old.

Jacquelyn’s response to allegations of exploitation

Jacquelyn denied all the allegations against her and said she has not aided in the exploitation of her daughter.

In a lengthy statement on Instagram posted on August 5, 2022, Jacquelyn claimed that all the rumors against her were “100% false.”

She said that the past few months were distressing, but she learned many things. She does not know how her daughter’s “conspiracy theory” started.

The conspiracy theory she referred to was about how Eleanor’s videos and pictures were being distributed on “inappropriate websites.”

But believing them, she investigated those with law enforcement. However, they did not find any proof regarding those theories.

She clarified that her daughter was a happy three-year-old who loved making TikTok videos with her mother. Jacquelyn added how the videos were “fun and lighthearted” and not exploitation.

She also defended herself, saying Eleanor eating a corn dog and wearing a swimming costume were not lewd behavior.

She pointed out that she was allowed to raise her daughter as a single mom and make money for her and her future. She went on to say that most of the followers she had were female (76.8%), including moms who supported her.

She took into account the comments she had been receiving from concerned netizens and said she would take some precautionary steps. For instance, she would disable the option of downloading and duetting to her TikTok videos.

Similarly, she promised to remove offensive statements and block such accounts if they targeted her daughter inappropriately. Jacquelyn gave a shorter version of a similar statement on TikTok as well.

Many people are skeptical of her response and believe she did not take proper measures to care for her daughter. However, only time will tell how Jacquelyn will proceed with her promise —  both as a mom and content creator.