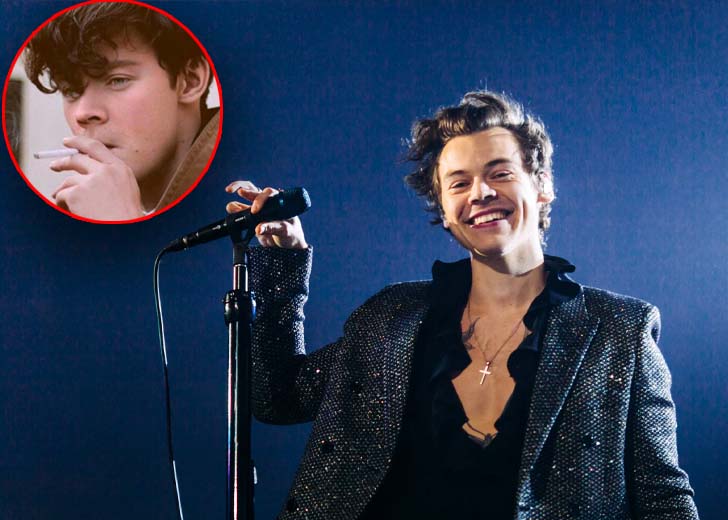 After Harry Styles released his latest single, ‘As It Was,’ people questioned whether he used drugs or smoked them.

He sang, “Answer the phone/ Harry, you’re no good alone/ Why are you sitting at home on the floor?/ What kind of pills are you on?”

However, this is not the first time Styles has mentioned using drugs. He has previously talked about using psychotropic drugs and his experience with them.

Holding off drugs until One Direction ended

Styles used to be a part of one of the most famous boy-band in the world —  One Direction. It consisted of five members initially before Zayn Malik left the group.

Styles used to think about smoke and doing drugs when he was a part of the band. But he confessed that he did not want to be the one to mess up the band.

He discussed the topic on November 22, 2019, with New Music Daily with Zane Lowe (via US Magazine). He said, “When I was in the band, it was like, to me, it felt like it was so much bigger than any of us that I kind of felt like, ‘I’m not going to be the one who [expletive] it up.”

But after leaving the band and starting his solo career, Styles felt like it was the perfect time to experiment with drugs. He said, “So I was like, ‘Now is the time in my life when you probably go out and experiment and do this and you take this, and you do that and that’s what you do with your friends.'”

All in all, Styles said that he first felt comfortable experimenting with drugs following the breakup of the boy band. The ‘Watermelon Sugar’ singer thought it was time to branch out and try new things.

He reasoned that he should try new activities with his buddies and broaden his horizons regarding entertainment and dating. In August 2019, the musical genius claimed that he accidentally bit off the end of his tongue while high on magic mushrooms.

He admitted to using drugs when making his new album, ‘Fine Line,’ before releasing it, but things were different for him when he was in the band.

For Styles, the albums had become much more vocally challenging, making the songs more difficult to sing. He knew that if he didn’t get off stage and go directly to bed, he wouldn’t be able to perform the next night.

Styles wanted to wake up with a fresh mind, and when he felt it was appropriate, he would rejoice and socialize with his pals.

Nonetheless, Styles told Rolling Stone that when recording his Grammy-winning album, which includes the hits “Lights Up” and “Adore You,” he wanted to “do mushrooms,” listen to Paul McCartney’s album Ram, and sleep in the sun.

Many fans have wondered for a long time, ‘Does Harry Styles smoke?’ While it is widely assumed that he does, nothing has been verified.

He and Emma Corrin were photographed filming the film My Policeman on Mary 10, 2021.

It is reported that Styles will portray the eponymous cop, Tom, while Corrin will play Marion, his on-screen wife, in flashbacks to the 1950s.

The singer and The Crown actor was spotted dressed in a 1950s costume in a Brighton alleyway. He was suited up for a wedding in a smart suit with a lapel flower and seen smoking a cigarette.

This has led many to believe that Styles smokes, but his doing so might have just been for a movie scene.