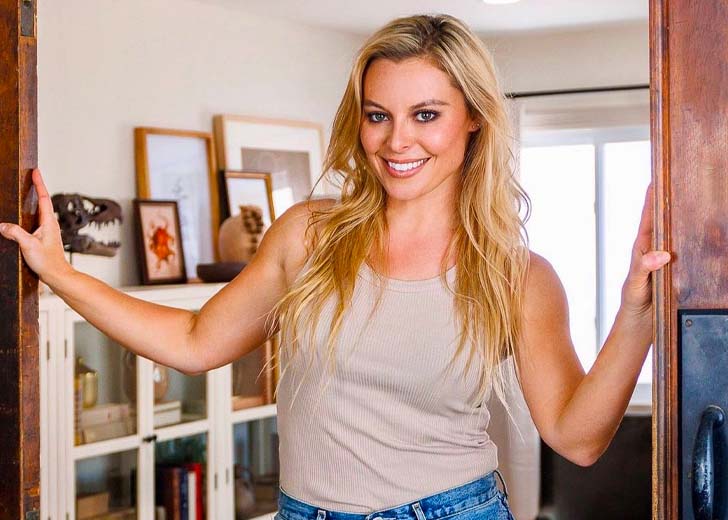 Cristy Lee — renowned as one of the most famous women in the auto industry — is a professional motorsport TV host and a car and bike enthusiast.

A glance into her social media will give you an overall picture of how obsessed she is with bikes and cars.

However, one would not find any hint of her partner or a husband there, and that has made her followers even more curious about her relationship status.

Is she dating a boyfriend, married, or still single? Let’s find out!

As stated above, Lee, who often expresses her love for auto motors, traveling, and profession, hasn’t been vocal about her love life. Even on her social media, where she is usually active, there is no clue whatsoever regarding her propelling a relationship or having a boyfriend or a partner, or a husband.

But it is not believable that someone like her, who is extremely expressive about the things happening in her life, would keep her personal life private.

Hence, we can assume that if there was anyone in her life, she would have already shared it with her followers and well-wishers.

And since most of her followers are aware that she is extremely focused on her career and living her adventurous dreams, they might undersend why she is yet to have a husband.

On the other hand, she might have a significant other but opted to keep that information away from the public eye.

Born and raised in Daytona Beach, Florida, Lee spent most of her time playing around her dad’s local mechanical shop. Because of that, she grew her interest in sports cars and motorcycles.

She eventually bought her first bike at the age of 18, around the year 2002. Some years later, in 2007, she ventured out to the race track with a two-wheeled machine in Michigan.

Lee carefully chose and built her career as well, combining her passion and profession. She worked in the garage with bikes, building track bikes, making repairs, and so on. Parallelly, she worked in front of a camera as a host & reporter.

And years after the hustle between multiple works, she combined her reporting career with her love for motorcycles, as she started working with AMA Pro Racing and developed online video content covering the American Motorcycle Road Racing series, featuring stories, interviews, and race coverage from the series top riders in 2012.

Meanwhile, she was approached for an audition for the spot as a host of a brand new show named All Girls Garage. Later, she was selected as one of three hosts on an all-female automotive how-to show.

The show has been running to date, with the 11th season going on air at present. The first season aired in March 2012.

In addition, Lee has continued to cover a variety of racing series in the world of motorsports for several sports networks, including Motocross Racing for SPEED Network and Fox Sports 1, Off-Road Truck Racing for NBC Sports Network and Supercross, Monster Jam, and Flat Track Racing for ESPN and ABC network.

Truth Behind Bill Hemmer’s Gay Rumors: Is He Married To A Wife Now?

Posted on June 22, 2022June 22, 2022
Bill Hemmer was in a relationship with his former girlfriend for eight years, but they never got married.
Read More