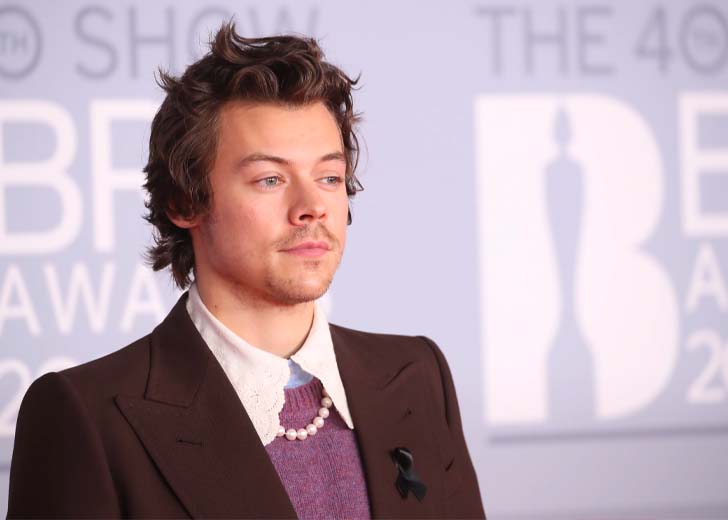 Harry Styles on rumours about him being bald.

It is not unusual for A-listers to be in the middle of some rumors —  no matter how ridiculous it sounds.

From Justin Bieber being a Lizard Person to Beyonce being the head of the Illuminati, many rumors have gone viral in the last decade. Recently, Harry Styles has been in the middle of one involving his getting bald and having massive hair loss.

Here is how the rumor started.

The start of the bald rumor

One look at Styles is evident to show that the singer is not bald. He has gorgeous locks on his hair, and no one would expect him to be the victim of hair loss.

However, because of rumors, we are bound to ask, “Is Styles bald?” —  thanks to TikTok. The platform is presently engrossed in the latest mystery regarding the mysterious Hollywood celebrity who may be sporting a toupee.

The rumor regarding Harry Styles being bald due to hair loss started from DeuxMoi. (Source: DeuxMoi’s Instagram Stories)

The notion that an A-list celebrity is hiding their follicles originally surfaced in May due to the Instagram gossip account, DeuxMoi. It is an Instagram account dedicated to publishing unverified celebrity information obtained through direct messages and email.

Since then, many people have presumed who the celebrity might be. Now, many believe it is the ‘As It Was’ singer.

The rumor that it’s Styles is popular on TikTok, with videos of alleged proof of a covert hairpiece worn on his current global tour. These videos have amassed hundreds of millions of views and are going viral on social media.

An anonymous submission was featured on DeuxMoi’s stories in May. It claimed that an A-list musician/occasional actor has a nasty little secret that he hasn’t shared with fans.

The secret was that he had gone almost entirely bald because of bad hair loss. They further claimed that his hairpiece is so lifelike that only a good eye could spot it.

DeuxMoi then added its message, requesting that followers cease sending them emails about Machine Gun Kelly’s hairline, hinting that it was a common subject of debate in its inbox.

However, the person who claimed to have sent the initial email quickly discredited that theory.

On July 7, 2022, @abbi.henry proposed that the mystery celebrity may be Styles on TikTok. With over five million views, she describes the initial anonymous entry in the video and explains why she believes it is the singer.

She supported her claims by noting that Styles does not like to be seen when he goes out in public —  something that can be easily done if one has no hair.

Since then, films of fans examining fancams from Styles’ tour performances across Europe have gone viral, with some receiving over a million views.

The slowed-down video, mainly from Harry’s Dublin and Manchester tour, shows what seems to be Harry’s hair falling out of his head, first along the forehead and then towards the back where a wig would rest.

However, everything is quite pixelated to help with accuracy. Since the initial few videos went viral, fans have humorously taken on the bandwagon, fueling speculation that the artist is hiding his “bald period” from the public by wearing a wig.

The rumors soon reached the ears of Styles, who confirmed that he was not bald. In an interview with Rolling Stone, he laughed at the rumors and confessed that he came to know about the gossip via his friend, Tom Hull (Kid Harpoon).

He revealed that Hull was obsessed with the rumors and constantly sent Styles theories of people trying to figure out if he was bald due to severe hair loss.

Regardless of all the rumors, the ‘Watermelon Sugar’ singer confirmed that he was not bald yet. He said, “What is it with baldness? … It skips a generation or something, right? If your grandad’s bald, then you’ll be bald? Well, my granddad wasn’t bald, so fingers crossed.”

How Avan Jogia's Mixed Ethnicity and Parents Have Shaped Him