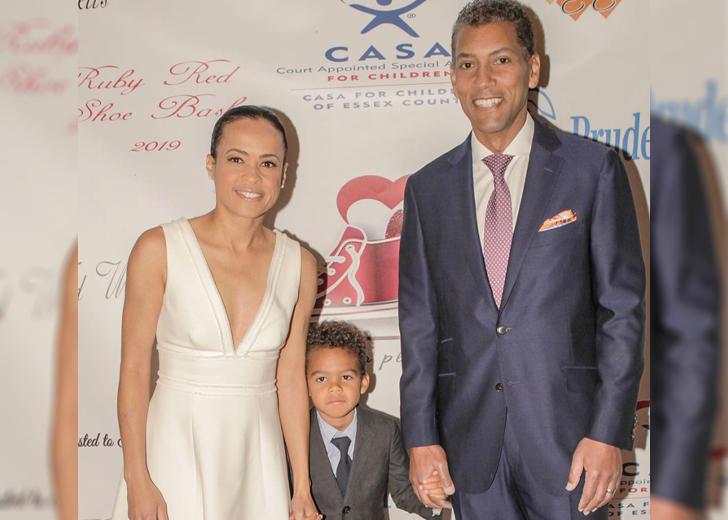 Paul Roberts is a famous American personality who got the limelight from his marital relationship with Linsey Davis.

Davis is an Emmy Award-winning journalist who currently serves as the anchor for World News Tonight and ABC News Live Prime on weekends.

What Does Paul Roberts Do?

Ever since Davis shared the news of her marriage to Roberts, people have been eager to find out what he does for a living. However, all of the diggings have been unsuccessful.

Nonetheless, one particular profession of his has emerged thanks to Davis’ Instagram post of April 2, 2020. In that post, she had mentioned, in the caption, how her husband’s profession as an acting technician has been helpful in setting up a plan b studio for her to work during the COVID-19 pandemic.

That made it clear that Davis’ husband, Paul Roberts, works as an acting technician. But, other than that detail, there has been no other whereabouts of whether Roberts is involved in any other profession.

Additionally, as Roberts is not available on any social media platforms, it is even harder to dig up his profile and find out other details regarding his professional life.

Roberts’ Age and Family Background Is Also Under Wraps

Much like his professional life, the early life and family details of Roberts remain in the dark.

As already mentioned above, Roberts doesn’t have any social media profile, as far as we know of, due to which the details of his age, parents, siblings, education, and others cannot be obtained.

Furthermore, it seems as if Davis has neither wished her partner on his birthday nor shared pictures alongside her in-laws via her social media handles — keeping those details hidden from the outside world.

The happily married husband-wife duo shared the wedding vows on March 10, 2013, in Long Island, New York. Counting to this date, they have now been married for more than eight years.

Ever since the two walked down the aisle, they have been rejoicing their life even more. Their amazing bond can be vividly seen through Davis’s Instagram handle, where she occasionally flaunts pictures alongside her partner.

The couple’s bond has even gotten stronger due to their similar vision. They are actively involved in charity works. One instance of their humble work was seen on March 1, 2020, when they ran together for a charity marathon in Little Rock, Arkansas.

Davis and Roberts’ marital life got even blissful when they welcomed a child into their family. On March 28, 2014, they were blessed with a son named Ayden.

Davis usually shares pictures of her son playing or learning different things with herself and Roberts. They occasionally go out camping and engage themselves in fun activities such as playing chess, golfing, celebrating festivities, etc.

Going by that, it surely looks as if the parents of one are living some of the best moments of their life with their beloved ones by their side.