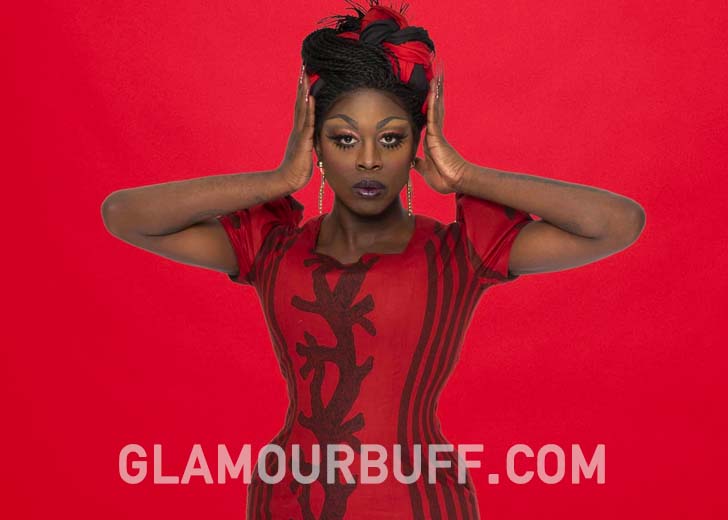 Bob the Drag Queen recently went under the knife.

Many people do not believe in plastic surgery to enhance their careers, and Bob the Drag Queen is one of them.

Christopher Caldwell, best known as Bob the Drag Queen, is a drag queen, comedian, actor, activist, musician, composer, and reality television personality from the United States. She is a nonbinary who uses she/her/he/his pronouns.

She is most known for winning RuPaul’s Drag Race’s eighth season. Following the reality TV show, she went into acting, featuring in programs like High Maintenance, Tales of the City, and A Black Lady Sketch Show.

Recently, she started co-hosting We’re Here on HBO with fellow Drag Race competitors Eureka O’Hara and Shangela in 2020. Another recent update on Bob the Drag Queen’s life is her throat surgery.

In an interview with Teen Vogue on April 24, 2017, the reality TV star discussed plastic surgery.

While talking about RuPaul’s Drag Race, Bob the Drag Queen and the interviewer talked about fellow drag queens and their struggles, including eating disorders and body modifications.

Bob the Drag Queen revealed that drag queens did not have much pressure to undergo plastic surgery. (Source: Instagram)

The interviewer talked about how many drag queens went under the knife “because of how it helped them look in drag.” They then asked the RuPaul’s Drag Race alum if there was pressure for the contestants to undergo plastic surgery to look good in drag.

Bob the Drag Queen clarified that such pressure is not rampant in the industry. She said, “I think it’s less prevalent than you think it is.”

She added that not many drag queens had undergone plastic surgery to modify their bodies for drag. However, she noted that it was just her opinion, not the truth.

She pointed out that such surgeries were too expensive and some people did not like going under the knife for such procedures.

The reality TV star underwent throat surgery in late 2021. She has not said exactly why she opted for it.

However, it seems like she did the surgery to change her voice. In a January 2022 interview (via Get Out Mag), she discussed the aftermath of the surgery.

She revealed that she had not groomed herself lately. Bob the Drag Queen confessed that she does not shave until she has to.

However, another reason was that she got surgery on her throat performed. At the time of the interview, she noted that her new voice did not seem stronger because she was still in her recovery phase.

She could talk but had not tested her new voice. She said, “I haven’t tested the limits of my voice yet, to be honest…and I’m a little scared to.”

However, Trixie Mattel wrote in her blog, Unpaid Spokeswomen #16, on December 2, 2021, that Bob the Drag Queen’s voice was softer after the surgery.

Mattel wrote, “She had recently undergone throat surgery, so her usual pack-a-day raspy mumble was startlingly clear as she greeted me in her new, perfectly-clear mezzo-soprano.”

After she recovered, Bob the Drag Queen did an Instagram Live (via Reddit) while doing her makeup. There, she spoke about her surgery and revealed that there was not much difference in their voice.

Luxury Brand Marketing Tips: The Experience Is Everything