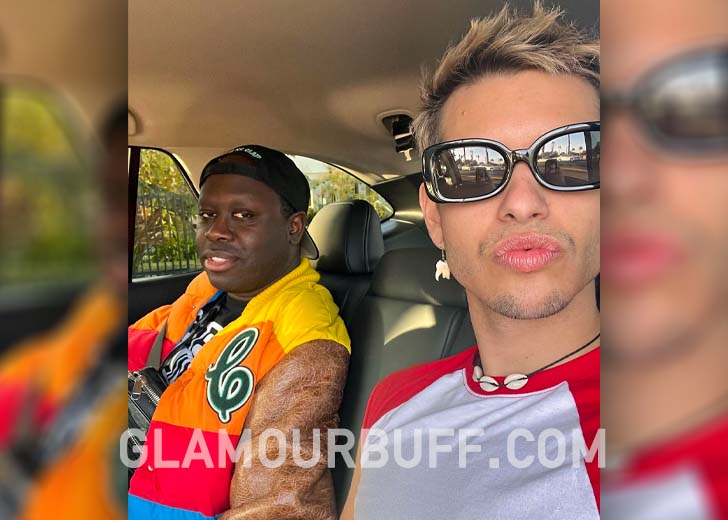 “We’re not a throuple,” Bob said, addressing his polyamorous relationship.

The drag queen was previously revealed to be in a polyamorous relationship with two men — photographer and video editor Jacob Ritts and the musician Ezra Michel.

He posted a 31-minute YouTube video titled ‘My Two Lovers’ on November 13, 2020, in which he addressed his polyamorous relationship and his lovers, jealousy, and dating.

“We’re not a throuple,” Bob said in the video, distinguishing his connection from one of fellow Drag Race star Derrick Berry. “They’re in a relationship where they’re all together.”

Bob explained in the video that his two partners were not in a relationship with each other, followed by the trio explaining and answering the fans’ questions about marriage, polyamorous relationships, children, and so on.

Who is Bob’s partner Ezra Michel?

As mentioned earlier, Bob’s partner, Michel, is a queer musician and goes by the pronouns he/him/his.

In 2021, the queer artist released ‘Girl Baby,’ a song and video about an AFAB kid growing into their nonbinary identity and having acceptance from their parents, performed by trans celebrities Gottmik and Laith Ashley.

The song’s purpose, according to Michel, is to picture a future in which coming out as nonbinary or trans is not a life-changing event to be feared. The video also marks the directorial debut of Michel’s partner Bob the Drag Queen.

Upon asking about Bob being the music video director, Michel revealed to INTO that they had been together for almost 2 years. He said, “he has so many ideas all the time.”

“He’s always doing a million things. And he was really excited to somehow help me launch something professional. And I was really resistant at first to let him help me because I was like, ‘I don’t want you to think that I’m just in it for the platform, because I just really like you, and if you worked at Starbucks, I’d still date you!'”

“But then he had this idea for ‘Girl Baby’ and shared it with me. And I was like, ‘Okay, that’s a really beautiful concept.'”

Furthermore, talking about his inspiration behind the song, Michel said, “I think that I was just fantasizing about, okay, if I was a parent and I wasn’t knowledgeable about transness, but I loved my kid so much.”

“…and they were struggling, and they were going through it, and they didn’t have the language to explain to me what was going on with them — and then I was stressed, and I was scared, and I wanted them to survive.”

Bob the drag queen and Ezra Michel meet through Instagram

He said that he posted a lewd video on Instagram of himself leaping onto a sofa in a jockstrap, to which Bob said to Michel, “This is my new obsession.”

“Then I said, you can have it. Then he invited me to his hotel room, and the rest is history,” the musician told Out Front. He also posted a really sweet birthday post for Bob on his 22nd birthday.