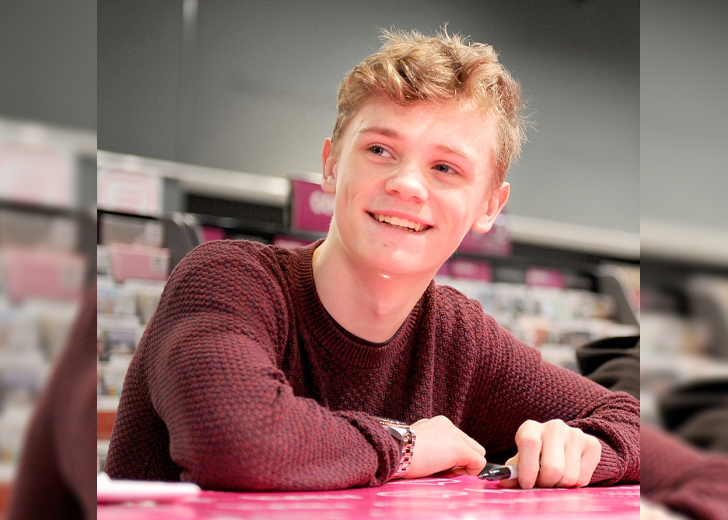 Charlie Lenehan is a singer from England. He is one-half of the British R&B and rap duo Bars and Melody – he is Melody and his friend Leondre Devries is Bars.

Lenehan came into the limelight after the Bars and Melody duo competed in series 8 of Britain’s Got Talent in 2014, where they ended up securing third place. Following that, the duo has been releasing several songs and albums which has increased their popularity.

How Old Is Charlie Lenehan?

Lenehan turned 23 years old on October 27 this year and celebrates his birthday on the same day every year.

On the occasion of his 23rd birthday, the singer took to his Instagram handle to share a picture of himself. The picture seemed to be taken just after he had a shower as he was shirtless and covered in a towel.

In addition, the tattoos inked all over his chest and hands were also seen in the picture. “23 baby,” Lenehan captioned the picture with a party hat blowing a party horn emoji attached.

Lenehan was born in 1998 and raised in the suburbs of Gloucestershire, England. As per his date of birth, his zodiac sign is Scorpio. As for his education, he is enrolled at Winterbourne International Academy.

How Tall Is Charlie Lenehan?

As per reports, Lenehan stands at a towering height of 5 feet 9 inches (1.75 meters) and weighs around 68 kg (150 lbs). He has a well-maintained body shape. Furthermore, he has different tattoos inked all over his chest and arms.

The former presenter of Friday Download is available on a few social media platforms, but, isn’t much active nowadays.

He can be found on Instagram with the username @realcharlielenehan, which is actually his second Instagram handle – the first one seems to be deleted. There, he has over 462,000 followers. On his Twitter handle, he has over 34,800 thousand followers.

Does Charlie Lenehan Have a Girlfriend?

As of this writing, Lenehan’s present relationship status remains unknown. There have been no reports of the singer dating a girlfriend.

Though he might be single now, his relationship status wasn’t the same a few years ago. Lenehan was previously in a romantic relationship with an Instagrammer named Chloe Lindsay.

The two began dating in 2015 and used to share several pictures alongside each other via their respective Instagram handles. They dated for two years before ending their relationship silently in 2017.

Following his break up with Lindsay, Lenehan began dating musician and TikTok star Ana Lisa Kohler in 2018. Their togetherness seemed strong with all the cute pictures they used to share on Instagram.

However, like last time, his relationship with Kohler also didn’t last long as they separated sometime around late 2018 or early 2019. As of now, Kohler is dating a German model named Luca Heubl.

Lenehan was into music from an early age. Later, his mother as well as teachers discovered his musical talents and encouraged him to work hard in the field of music.

In 2013, he met his current musical-partner Leondre Devries through Facebook. Their interest matched and they ended up meeting each other. Soon, they formed a duo named Bars and Melody (B.A.M).

A year after they first met, they gave an audition for the eighth series of Britain’s Got Talent. Their performance was so good that the judge Simon Cowell ended up pressing the golden buzzer, sending them directly to the semifinals.

They did well in the semifinals too and managed to grab the third position in the finals. After the show was over, Cowell offered a £500,000 record deal to the duo. In the same year, they released their debut single titled Hopeful.

The single was loved by many and it laid a foundation for a rising music career. The two worked hard together and released several other singles. Soon, they also created a YouTube channel under their duo name, Bars and Melody.

As years passed, Lenehan and Devries’ released more songs and their popularity grew even more. Some of the works they have done are 143, Never Give Up, Generation Z, Faded, Put Ü First, Love To See Me Fail, Sadboi, and Carpe Diem.

As they released songs and albums, they also toured across different countries and grew their fanbase. Currently, the official YouTube channel of Bars and Melody has over 3.74 million subscribers and 520 million views.