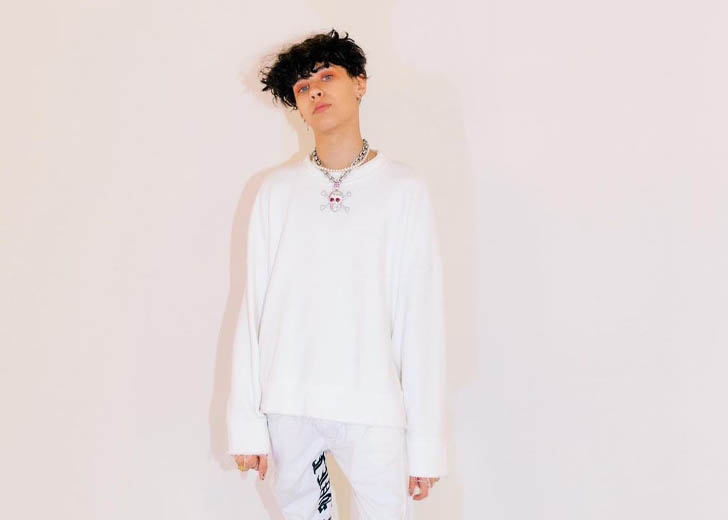 Landon Barker is a renowned reality star and social media personality who initially came into the spotlight as the eldest son of the musician and songwriter, Travis Barker, and his ex-wife Shanna Moakler, actress and Miss USA 1995.

He has lately been garnering attention from the general public – not for his works – but due to his personal life. There have been speculations around Barker’s sexual orientation and people have been wondering if he is gay.

Currently, there have been no reports of the 18-year-old rapper being gay. Neither Barker himself has given any sort of hint on his sexual orientation nor any online outlets have reported such news.

His Instagram as well as other social media handles also don’t provide any truth of the gossips of him being gay.

And although there might have been some gay rumors in the past, all of those speculations can now be buried as Barker is in a budding relationship with his new girlfriend.

The American rapper is currently in a romantic relationship with TikTok star Charli D’Amelio. The two recently started dating and it’s in the early stages, as many sources close to the pair have said.

Their dating rumors started on June 15, 2022, after they were seen together while leaving Barker’s party — which he threw to celebrate his collaboration with boohooMAN. Their public appearances continued a couple of times more.

The speculations got fueled after fans noticed that the then-alleged pair had gotten themselves a tattoo around the same time by the same tattoo artist. Finally, on June 27, a source close to the duo confirmed their relationship to People Magazine.

The source said, “They’re seeing each other, and it’s early stages.” And just a day later, another source told US Weekly that Barker and D’Amelio’s romance is “very low-key” and they are “having fun hanging out and getting to know each other.”

On July 4, D’Amelio made her relationship with Barker Instagram official. She posted a series of pictures taken at Fanatics CEO Michael Rubin’s Independence Day party. And in them, she was seen with her boyfriend, her family, and other friends.

In the second picture, D’Amelio was with Barker, her family members, and a couple of friends. And on the sixth image, the TikTok star was seen side by side with her boyfriend, her sister Dixie D’Amelio, and her sister’s boyfriend Noah Beck.

On one hand, everything hints that Barker and D’Amelio’s romance is getting stronger. And on the other hand, the TikTok star and her family are falling into the good graces of the Barker family.

When Barker’s father, Travis Barker, was taken to the hospital due to pancreatitis, the D’Amelio family sent flowers and a note to the Blink-182 drummer. The note read, “Travis, Kourtney, and family- Sending healing and positive vibes after such a scary situation you all went through!”

The note was signed by Charli, Dixie, Heidi, and Marc D’Amelio. A photo of the bouquet and note was later shared by Travis through his Instagram stories where he thanked the D’Amelio family. As of now, Travis is recovering and doing well.

More recently, on July 9, Landon had posted a cute picture with D’Amelio on his Instagram story; however, it was immediately deleted by the rapper. In the mirror selfie, he had wrapped his hand on D’Amelio’s waist and laid his head on her head.

In 2016, the American singer was in a relationship with Devenity Perkins. Perkins is a social media personality as well as an actress and the younger sister of American actress Daniella Perkins.

Speaking more of Barker and Devenity’s relationship, they were in a relationship only for a short time. However, it seems like their split was mutual and they are still good friends as they follow each other on Instagram.

Following his split with Devenity, there were no reports of Barker dating someone until early 2020. In February 2020, speculations began that he was dating an internet celebrity named Danielle Cohn.

The talks of the two being together started after Barker posted a couple of snaps with Cohn on February 9, 2020. However, neither of them confirmed or denied the rumors of their relationship. Also, Cohn is currently dating her boyfriend, Mason Patterson.

Barker has since deleted the pictures he had shared alongside Cohn, making many again speculate they might have parted ways if they were ever dating each other.