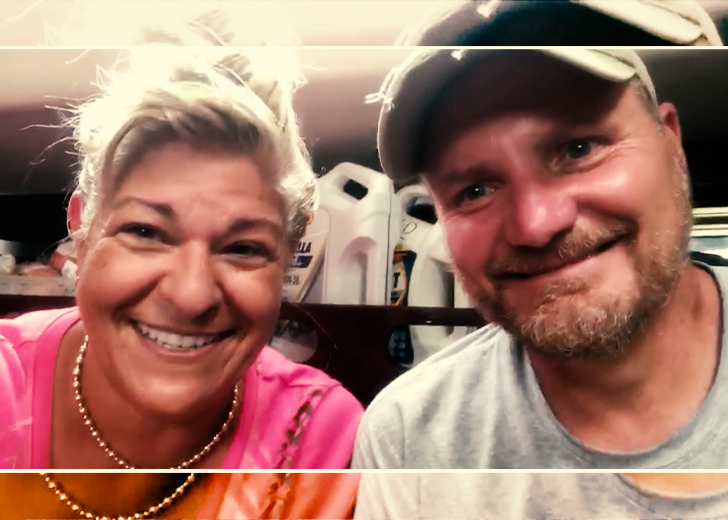 Antonella Nester is a well-known television personality who received the limelight after working as the host for QVC. But she was recently laid off from the network during the COVID-19 pandemic, which wasn’t the only bad thing that happened to her.

Later, her husband, Chris Nester, also lost his job, and she was diagnosed with leukemia and breast cancer. Yet, amidst all of these troubles, the husband-wife duo was handling it quite well as they began to live in a boat as a part of their retirement plan.

Antonella was battling cancer pretty well, with her receiving the third round of chemotherapy on July 13, 2021. She was actively sharing her journey with all of her well-wishers through her self-titled YouTube channel.

On July 30, she was to receive her fourth and last round of chemotherapy. Unfortunately, just a week before that, a tragic event happened with her husband.

On July 23, 2021, the former QVC host shared a one-minute and 53 seconds long video on YouTube titled ‘Heart attacks don’t always present in the classic style.’ In the video, she was seen sitting outside of a hospital.

As she went on speaking, she mentioned that her husband Chris had a heart attack that morning. She continued, saying, “I don’t even know how to tell you guys that. It’s, I mean, honestly, how much more?”

Afterward, she mentioned that they got Chris to the hospital on time, and he was fine. “He is gonna be okay. He had a 95 percent blockage and they immediately brought him from the ambulance to the hospital,” said Antonella in the video.

She also went on to aware her audience not to ignore the signs as her husband didn’t have the classic signs of a heart attack. Then, she said that her husband thought had some acid reflux, and later, he had a lot of burping. Soon, the situation got worse.

At the end of the video, she stated that she would keep her well-wishers updated. Three days later, on July 26, she shared a short 11 seconds clip on YouTube where she was holding the hands of her husband. Chris seemed fine by the looks of it, and the couple was sharing some laughs.

Later, Chris was discharged from the hospital, with his condition being well. Besides, he even accompanied his wife during her fourth and last round of chemotherapy which was clearly seen on Antonella’s YouTube video.

The now-married couple first met during their college days. After stumbling upon each other a couple of times, they quickly developed a friendly bond. Soon, their relationship took another turn as they began dating.

Their relationship took one big leap when they shared the wedding vows. From best friends to boyfriend and girlfriend to husband and wife, Antonella and Chris have come a long way.

In their initial days of marital life, things were quite tough for both of them as they struggled financially. Nonetheless, they stuck around each other and always supported each other in every up and down.

Sadly, a tragic event occurred, and they lost one of their daughters. The reason behind her death was cancer. The incident was hard to cope with, but the support of the family and the remaining kids helped the couple.

Just like in the past, Antonella and Chris are still holding each other’s hands in every circumstance, either it is Antonella’s departure from QVC or her battle with cancer or Chris losing his job, or him suffering a heart attack.

Going by the strongness of the two’s bond, it surely can be said that they were truly made for each other.

In late-2020, Antonella found out that she had a tumor on her left hand, which she officially announced via Facebook on November 19, 2020. On December 21, 2020, she went through a successful surgery, and the tumor was removed.

Later, she went to Jefferson Cancer Institute and gave a sample of her blood, and did a PET Scan. The PET scan results showed that she lumped her right breast, testing positive for breast cancer.

On March 17, 2021, she revealed that she had undergone surgery, and no cancer was found in the lymph nodes. Some days later, she also announced that she didn’t have Cushing’s disease, and her bone marrow biopsy tested negative.

Now, she only had to go through three-month chemotherapy. On May 29, 2021, the ex-QVC host revealed that she got the first dose of chemotherapy and also received a shot of white blood count booster.

Since then, she has been receiving doses of chemotherapy. On July 30, she uploaded a YouTube video revealing that she received her fourth and last dose of chemotherapy. Now, there is only one thing for her to do, which is waiting for the report and hope that the chemotherapy works out.