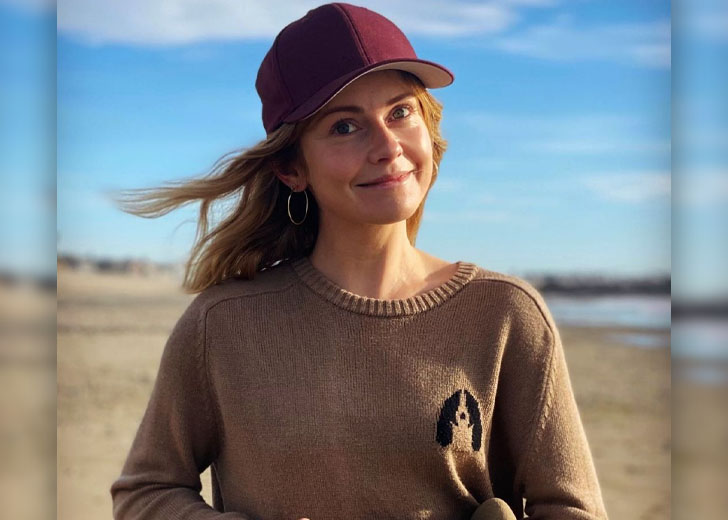 Everything about Rose McIver!

Rose McIver is a talented New Zealand actress who became an instant fan favorite among kids in 2009 after her portrayal of Summer Landsdown / Yellow Bear RPM Ranger in the show Power Rangers R.P.M.

Afterward, she starred in several renowned movies and TV shows, including The Lovely Bones, Predicament, Masters of Sex, Once Upon a Time, A Christmas Prince (and its three sequel movies), iZombie, Woke, and Unwanted.

Since 2021, McIver has been portraying the lead role of Samantha in the CBS show Ghosts. It is an ongoing show in its first season, with its new or 18th episode releasing on April 21, 2022.

5. How much is Rose McIver’s net worth?

As per reports, McIver currently has an estimated net worth of around $1.6 million. She has managed to attain such a healthy fortune thanks to her successful career in the entertainment industry.

She made her acting debut in 1992 after booking a small role in the TV show Shortland Street. Following that, she started slowly but eventually worked in several hit movies and TV shows. McIver presently has 58 credits as an actress on her IMDb profile.

As of this writing, McIver is 33 years of age. She celebrates her birthday every year on October 10. Her date of birth confirms that her zodiac sign is Libra.

Born in 1988 as Frances Rose McIver, she was initially raised in Auckland, New Zealand. Later, her family moved to Titirangi, a suburb near Auckland, where she spent the rest of her childhood.

Speaking of her family, it consists of four members, including the actress. Her father’s name is John George Whitfield McIver, and her mother’s name is Annie Coney McIver. In addition, she has an older brother named Paul McIver.

Rose’s father is a photographer, and her mother is an artist by profession. Similarly, her sibling is a former actor — he is currently working as a musician.

Additionally, her race/ethnicity is White, and she is of English and Scottish descent.

Coming over to her education, the actress first went to Avondale College and graduated in 2006. Following that, she enrolled at the University of Auckland, where she majored in Psychology and Linguistics. However, it’s reported that she didn’t complete her degree.

As for the fan question of “Where does Rose McIver live?” she is presently living in Los Angeles, California, where she is continuing her pursuit of a great acting career.

3. How tall is Rose McIver?

While McIver’s career achievements might be big, the same couldn’t be said for her height. The Once Upon a Time actress reportedly stands at an average height of 5 feet 3¾ inches or 1.62 meters.

2. Who is Rose McIver married to?

Since McIver rose to fame, her personal life has always been a question among her fans. So, is the actress married? And if she is, who is her husband?

The answer to those questions is that McIver is yet to get married in real life and thus doesn’t have a husband. To date, there have been no reports of the actress getting married. Nonetheless, she has been married several times when it comes to her on-screen work.

However, though she isn’t married, she is in a romantic relationship with her boyfriend named George Byrne. Byrne is an Australian photographer and visual artist, plus the brother of actress Rose Byrne.

The couple first met each other in 2011 while McIver was still with her former boyfriend. But, sometime after McIver and her now ex-boyfriend parted ways, she reconnected with Byrne, and they eventually started dating.

However, the exact timeframe of their relationship’s initiation remains unknown. But, their togetherness seems to be firm, as evident from all of the Instagram posts McIver has shared alongside her partner.

The actress could be seen sharing occasional pictures with her beau while also maintaining privacy over her relationship. She regularly boasts about her talented partner in those posts, which is a clear sign of her support for his career.

Before McIver’s present relationship with Byrne, she was in a long-term relationship with Benjamin Hoeksema. It’s reported that the former couple met each other in 2005. In 2011, they relocated to Los Angeles and started living together.

In 2017, the two ended their 12-years long relationship. The reason behind their split remains unknown, mainly because both of them preferred privacy. Besides, their togetherness was always kept low-key, resulting in fans linking McIver with her co-stars.

1. Did Rose McIver have a baby?

There have been no reports of the actress bearing a child in her life. McIver never became pregnant and gave birth to a baby during her 12-years relationship with her ex-boyfriend Hoeksema.

Similarly, there has been no news of the actress having a baby in her present relationship with Byrne. Besides, the couple hasn’t even commented on a possible upcoming wedding or even engagement.

As for the question, it might have started after her on-screen character of Queen Amber in the Christmas Prince movie franchise got married to Prince Richard – played by actor Ben Lamb – in the second movie of the franchise, A Christmas Prince: The Royal Wedding.

By the end of that movie, Amber and Richard had already shared the wedding vows, and it was shown that they were expecting their first child together. Thus, “Does Rose McIver have a child?” might have arisen.

Additionally, the scenes in the movie led to people searching for the question, “Is Rose McIver married to Ben Lamb?” But, as we all know, McIver and Lamb aren’t married; only their characters in the movie are married.

Alison Sweeney’s Net Worth and Status with Hallmark Revealed