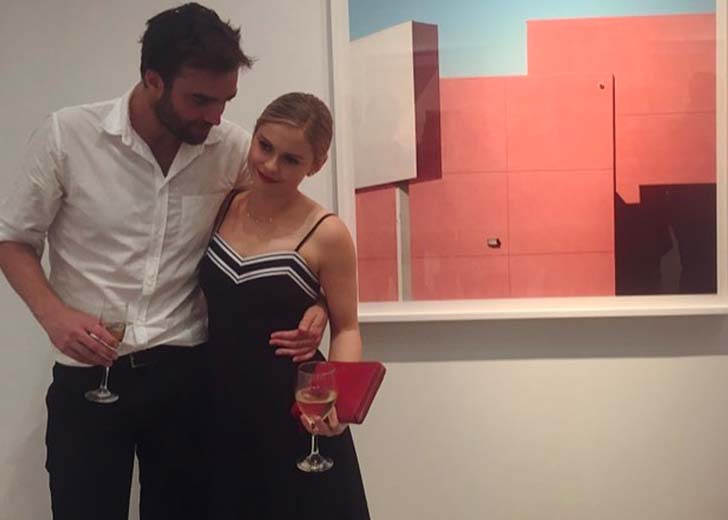 Rose McIver dated Grorhe Byrne while in a relationship with her ex-boyfriend Benjamin Hoeksema.

New Zealand actress Rose McIver is well known for appearing in the CW supernatural comedy-drama series iZombie from 2015 to 2019. Since Mclver rose to fame, her personal life has always been a question among her fans.

McIver has been married several times in her onscreen work, but she is not married in real life as of 2022. However, she is currently in a relationship with Aussie photographer and visual artist George Byrne.

According to Hollywood Mask, McIver met Byrne in 2011 while in a relationship with her ex-boyfriend Benjamin Hoeksema. McIver reconnected with Byrne after allegedly ending her 12-year relationship with Hoeksema in 2017.

The actress also paid tribute to Byrne on Instagram, supporting him and his art exhibition in April 2021. The couple doesn’t post many cute pictures of themselves together, but when they do, the pictures clearly show they are doing well and happy together.

Additionally, the duo owns a lovely home on Los Angeles’ East Side. Even during the Covid-19 lockdowns, the lovely couple made the most of their time. In one July 2020 post. The iZombie star wished Bryne a happy birthday and praised his creativity and patience.

As previously stated, McIver was in a 12-year relationship with Hoeksema before dating Byrne. The actress met her ex-boyfriend Hoeksema in their hometown of Auckland in 2005, and they immediately hit it off and began dating.

McIver was a celebrity even back then; she agreed to keep Benjamin out of the spotlight. As a result, he rarely appeared in public with McIver, rarely accompanied her to her premieres, and neither McIver nor Benjamin ever posted pictures of each other on their social media accounts.

Moreover, the actress mentioned Hoeksema only a few times in her interviews. Still, she told a journalist that they decided to buy a house in Wellington together in 2011 and moved in after the redecorating was finished.

Rose McIver and Benjamin Hoeksema spilt up in 2011. (Source: Twitter)

However, McIver’s job required her to relocate to Silver Lake, a posh neighborhood in Los Angeles, so their relationship became long-distance. She did, however, state that they communicate via Skype daily and loved each other so much that they learned how to keep their relationship healthy and loving despite all of the complications caused by her job.

Furthermore, she was rumored to be dating her onscreen partner on iZombie, Olivia Moore. Because onscreen relationships have frequently resulted in real-life relationships throughout the history of Hollywood, fans of iZombie naturally had questions about what was going on behind the scenes in Rose’s love life.

Did Rose Mclver have a baby?

There is no evidence that the actress is expecting a child. During her 12-year relationship with ex-boyfriend Hoeksema, Mclver never became pregnant or gave birth to a child.

Similarly, the actress does not have a baby from her current relationship with Byrne. The couple has also made no mention of a possible upcoming wedding or engagement.