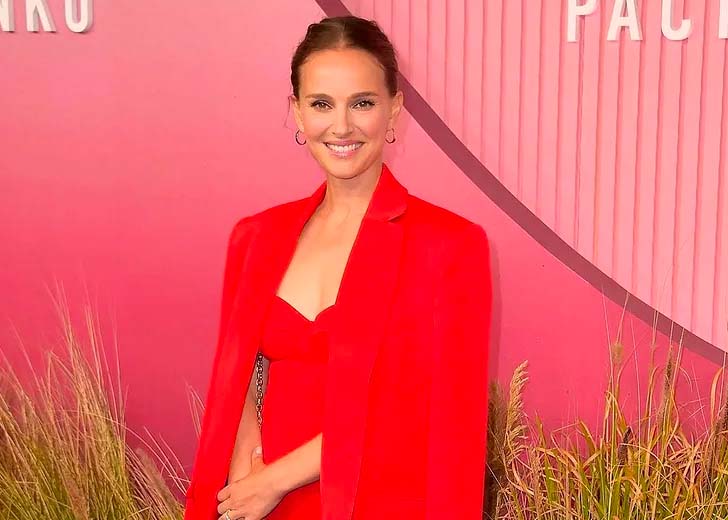 All about Natalie Portman’s height and weight!

Natalie Portman is a talented Israeli-born American actress who has won the hearts of millions through her performances in multiple movies. Some of them are the Star Wars film franchise, Closer, V for Vendetta, The Other Boleyn Girl, Black Swan, No Strings Attached, and Jackie.

As of now, Portman is in the spotlight again as she is reprising her role of Jane Foster in the fourth installment of the Thor movie in the Marvel Cinematic Universe titled Thor: Love and Thunder — the movie releases worldwide on July 8, 2022.

Portman’s Jane Foster was a part of the first two Thor movies as she played the role of the brilliant astrophysicist and girlfriend of Chris Hemsworth‘s Thor. And after missing out on the third Thor movie, Portman’s Jane is back in the fourth one.

But this time, there is a twist as Portman’s Jane is now returning as the Mighty Thor. With the movie releasing on Friday, July 8, people have already seen the trailers, TV spots, and numerous posters.

And one thing seems to be changed with Portman’s Jane: she is bulkier and taller than she used to be in the first two films. Furthermore, the muscular and taller scene also applies to Portman in real life.

Portman is smaller than what you might have seen her on-screen or will be seeing on Thor: Love and Thunder. In real life, the actress stands at the height of 5 feet 3 inches or 1.6 meters.

Portman’s exact height was revealed by actress Keira Knightly in 2004 when she was talking about her meeting with The Sunday Mirror. As Knightly spoke about different things, she talked about their height difference and said, “There is a huge height difference. I’m 5 feet 7 inches, and she’s 5 feet 3 inches.”

However, Portman doesn’t seem to have any issue with her being shorter or when people say she is shorter in real life. During one of her interviews, she said, “The first thing people always say to me is, ‘You’re so much shorter in person.’ I’m like, ‘That’s really nice and friendly!'”

Now, about her height on-screen: the directors or showrunners occasionally use different techniques to increase Portman’s height to fit the character she is playing. And the same was done to her character of Jane Foster in Thor: Love and Thunder.

As Portman’s Jane was set to become the Mighty Thor in the fourth Thor movie, she was to be taller and bulkier. For the bulkier part, she did workouts and gained muscles, and CGI did some work. But some other techniques had to be used to make her more elevated.

Portman became a 6-footer from a 5-foot-3 woman thanks to director Taika Waititi and his crew, who set up a “deck” around a foot above the ground. And when Portman had to share the screen with her real-life taller cast, she would walk on the deck, and the rest of the work would be done by CGI.

Speaking more on that, the actress told Variety, “We’d rehearse the scene, they’d see the path, and then they’d build a path that was like one foot off the ground or whatever, and I would just walk on that.”

“I definitely got as big as I’ve ever been. You realize, ‘Oh, this must be so different, to walk through the world like this. As a 5-foot-3 woman, I don’t know that I’m ever going to be cast again as a 6-foot character; I really relished people seeing me as big,” Portman added.

As per multiple reports, Portman weighs around 53.5 kg or 118 pounds. But when the topic of her weight arises, one of the main questions that come to people’s minds is if the actress achieved weight loss for her Academy Award-winning role in Black Swan.

The answer to that question is; Yes, Portman lost a substantial amount of weight, 20 lbs to be precise, to play the role of the ballerina named Nina Sayers in the 2010 movie Black Swan.

The Jerusalem native achieved weight loss by following a strict diet, much like a real ballerina’s diet. As per a Reddit thread, Portman’s diet included a couple of grapes for breakfast, salad for lunch, and a couple more grapes for dinner.

Natalie Portman before and after weight loss (Photo: Reddit)

In addition, she took training as a ballerina, and as a result, she went from 118 lbs to 98 lbs. Portman’s 20 lbs weight loss later worried the Black Swan director Darren Aronofsky.

He told Access Hollywood in late 2010, “At a certain point, I looked at [Natalie’s] back, and she was so skinny and so cut. I was like, ‘Natalie, start eating.’ I made sure she had a bunch of food in her trailer.”

When the filming for the movie wrapped up, Portman returned to her regular diet and hoped there wouldn’t be any reshoots. In one of her interviews, she said, “I was like, pasta, pasta, pasta! No working out. It was pretty immediate.”

“I was ready to leave the ballet life. I was like, ‘Please don’t let there be reshoots … because I don’t think I could get back into the costumes!'” she added. And her wish was fulfilled as there were no reshoots, and Portman continued with her normal diet and gained the weight she had lost.

Who Is Melanie Rose? Meet The Star Of Netflix's 'How To Build A Sex Room'

Yankel Stevan's Girlfriend Is Macarena García — All You Need To Know

What Happened to Maia Campbell? The Downfall of the 90s Star