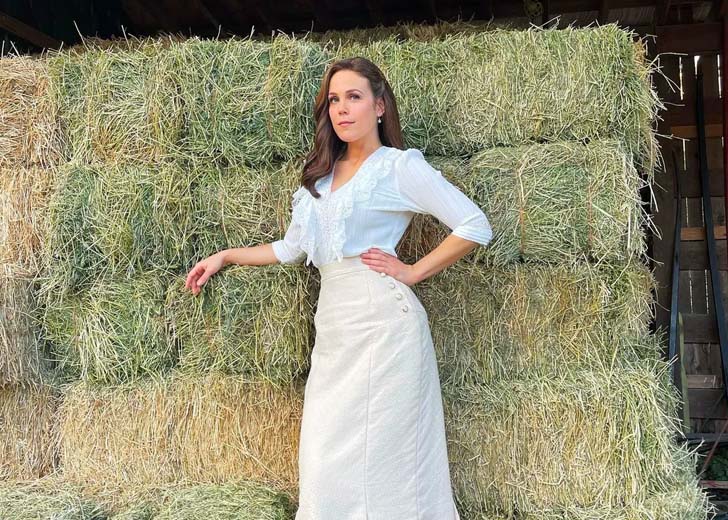 Here is everything we know about rumors about Erin Krakow having cancer.

Erin Krakow has gained a massive fanbase after her portrayal of Elizabeth Thornton in Hallmark’s show, When Calls the Heart.

Since then, her fans and followers have been curious about her life. From wanting to know about her weight and height to her love life — Krakow’s fanbase has many questions.

One such question is about the actress’s health. There have been various rumors about her having cancer and undergoing treatment.

So, what is the truth? Does Erin Krakow have cancer? Here is everything we know about it.

Does Erin Krakow have cancer?

No, Krakow does not have cancer. As far as we know, everything is merely a rumor.

She has not revealed anything about being diagnosed with any disease. Similarly, her social media shows Krakow is living a healthy and happy life.

Erin Krakow does not have cancer, and it is all speculation. (Source: Instagram)

But where did the rumors originate from? We don’t exactly know when and where it started. However, it might have been swirling because her co-star, actress Alicia Witt, was diagnosed with cancer.

Alicia Witt and her breast cancer

On June 1, 2022, Witt took to Instagram to reveal that she had been battling cancer for quite some time.

She posted videos and pictures of her completing chemotherapy before getting her scheduled mastectomy. Via captions, she penned how she had cancer and was fighting it.

She wrote, “just a little over 2 months ago, i had my last round of chemical therapy prior to my mastectomy. my beloved, brilliant, collaborative, communicative doctor,@habibdoss at @tnoncology, was there to celebrate with us as i rang the bell!”

She confessed that they did not know if she was healed or not until she got the mastectomy. But after she did, they realized her left breast was completely healed.

She penned, “this marked the end of my carboplatin/taxotere, + herceptin/perjeta (the latter two are immunotherapies which will continue, per protocol for HER2+, through the end of this year).”

She thanked her “tiny crew of human angels” who was with her through this challenging time. She lauded them for keeping her spirits high and helping her with her hair caps.

Witt admitted that losing hair was “obviously the last of my concerns on a larger level,” but she did not want to open up about her diagnosis.

She wanted to keep it private until she was “100% healed,” and her “human angels” helped her with it.

She wrote, “I’m so grateful to all those along the way during treatment who honored me by protecting my privacy during these months.”

She continued saying she was “grateful to help share that these caps can truly play a huge role in allowing a patient to reveal her journey on her own time, when she is ready.”

One of the reasons she kept her diagnosis private is because she was not only battling cancer but also grieving the loss of her parents. Her mother, Diane, and father, Ross, were found dead in their Massachusetts home in December 2021.

The actress had just started her treatment at the time. Currently, Witt is recovering and is living her life to the fullest.

She often posts pictures of her harvesting in her garden and spending time with her dog.

Who Is Melanie Rose? Meet The Star Of Netflix's 'How To Build A Sex Room'

Posted on June 28, 2022June 28, 2022
Maya Hawke's family is supportive of her career despite their personal grudges.
Read More