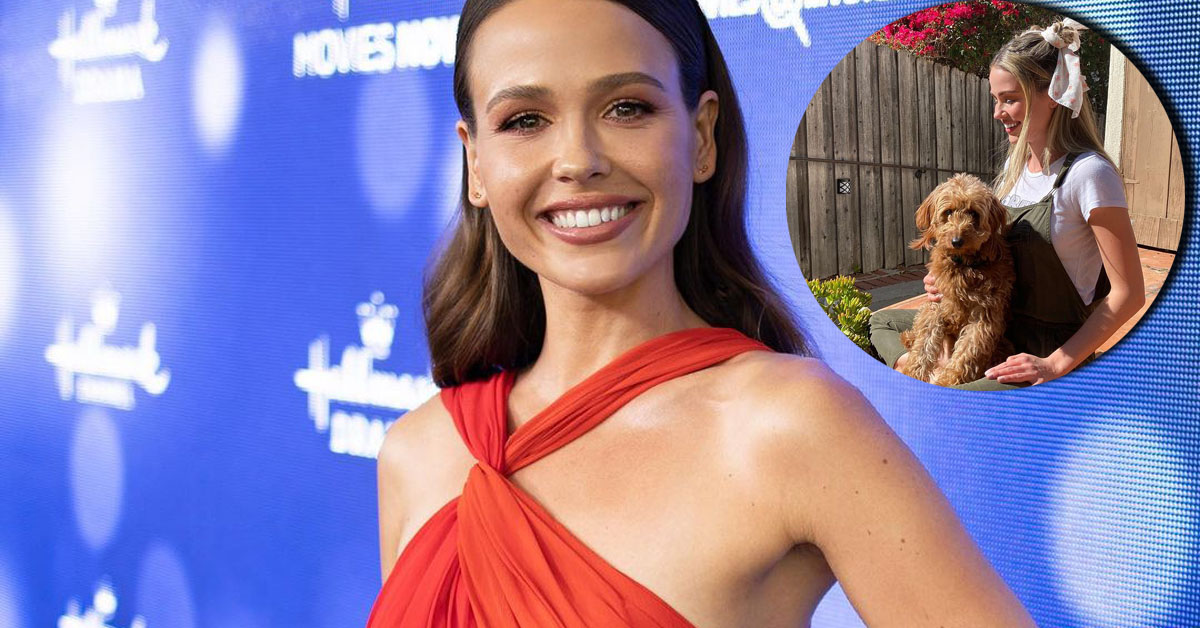 “When Hope Calls” star Jocelyn Hudon shared a picture with her dog Rupee, revealing that she had moved to Los Angeles, California.

Jocelyn Hudon, from “When Hope Calls,” shared an Instagram post on February 22, 2021, where she revealed that she had moved to Los Angeles, California. She is a Toronto, Canada native.

The post featured a couple of adorable pictures of the actress and her dog Rupee. In the pictures, Rupee sat on the lap of Hudon while the actress sat on the floor and flaunted her beautiful smile. She wore a white t-shirt with shoulder belt pants.

By mentioning Gaines, the actress must have hinted that the famous home-designer had helped her design her new resident.

After the post was made, the fans rushed into the comment section to put down their good wishes and congratulate the actress for her new home. Some also adored the cuteness both Hudon and Rupee brought into the picture.

One fan wrote, “Congratulations. From your beautiful smile looks like it was a good move for all.” Another added, writing, “Awe I love that Rupee can run free and play.” Someone also wrote:

There’s the garden! So cute.

As of this writing, the actress, who has a little over 65 thousand followers on Instagram, has received over 5 thousand likes and 60 comments in the said post.

The actress has also been managing her dog Rupee’s Instagram handle along with her fiancé Jake Manley, a Canadian actor. Rupee’s Instagram, named Rupert The GoldenDoodle, has over 5 thousand followers. The account’s interesting bio reads: “I’m a good boy. my hoomans @jakemanley @jocelynhudon.”

Further, the actress has not revealed the reason why she shifted to Los Angeles. But since she is an actress, one can presume that the hunger to broaden her acting career and seeking for more opportunities might have pulled her to Hollywood city.

So far in her career, Hudon has worked in significant movies and TV shows. In her debut role, she played Cyber Chick in the 2015’s movie “Pixels.”

She became a household name after she started starring in the Hallmark Network’s shows and movies. She played Grace Bennett in the network’s hit-show “When Calls the Heart” and later in 2019, she reprised her role in the show’s spinoff “When Hope Calls.”

In 2019, she also starred as the main lead actress opposite Ryan Paevey in the romantic movie “BFF Bride.”

Some of her other movies and TV shows include “Christmas Wedding Planner,” “Eat, Drink and Be Married,” “The Christmas Cure,” and “The Strain.”

Moreover, we wish Hudon an even more successful career ahead and a happy living in her new place with her adorable dog Rupee.