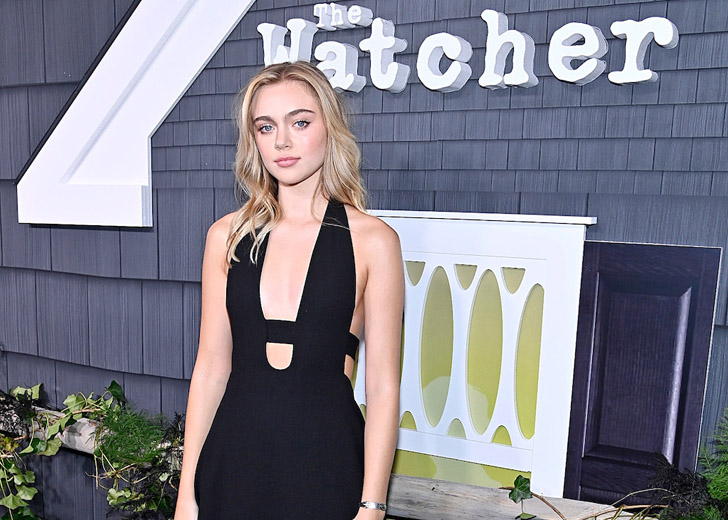 Isabel Gravitt was only 7 when she first started working in Hollywood.

Isabel Gravitt is recognized for her work on the films Little Fires Everywhere, American Housewife, and Cucuy: The Boogeyman.

She is currently in the spotlight for her performance in The Watcher, a new Netflix mini-series based on a true story, which premiered on the streaming service on October 13, 2022. In the horror-mystery drama, Gravitt portrays the role of Ellie Brannock.

Speaking more of The Watcher, it has numerous well-known actors, such as Naomi Watts and Bobby Cannavale, who played the roles of Nora Brannock and Dean Brannock, respectively.

The actual Broaddusses had three children, but the show version has two, including an adolescent daughter called Ellie, played by Gravitt in the series.

With Netflix’s true-story-turned-series gaining popularity worldwide, viewers are undoubtedly interested to know the actual life of the stars who play their favorite characters.

Here is what you need to know about Ellie, aka Gravitt’s real-life parents, age, and more.

Gravitt, a 16-year-old actress from Whittier, California, was born on August 19, 2006. She comes from a loving and close-knit family that supports her acting career.

Her family also includes her older sibling, Brady Gravitt, with whom she is close. He is the stereotypical caring brother who is incredibly proud of Isabel and believes in her enormous abilities, as witnessed through his multiple Instagram posts.

However, there is little to no information regarding her parents, what they do, and where they are. On the other hand, the actress once shared a picture of her mother via her Instagram handle. Keeping the caption short, she wrote “mom,” along with a red heart emoji.

Similarly, given that Gravitt started her profession early, it is clear that her parents have given her every support imaginable along the road. Besides that, the actress enjoys spending time outdoors and reading a lot.

Isabel Gravitt started working at the age of 7

Gravitt has always had a passion for acting and modeling, and she started in these industries at a young age. Despite having inherent skill and attractiveness, she gathered experience before winning her role in the Netflix series.

When she was just seven years old, she made her acting debut in the short film House Call, playing the part of Louise.

A picture of Isabel Gravitt’s mother when she was young (Photo: Instagram)

She was cast in the 2016 television series American Housewife as Alice McCarthy. Chris Koch starred in the comedy series opposite Katy Mixon, Diedrich Bader, Meg Donnelly, and Peyton Meyer.

Before landing a significant role in the ABC series American Housewife, she had brief roles in the TV movie The History of Us, and the TV show Walk the Prank.

She has been making headlines and was cast as Ellie in the upcoming mini-series The Watcher. On October 13, the Netflix drama premiered and became an instant hit.

As of now, Gravitt is working on her next acting gig, a movie titled Flycatcher. The film is currently in the post-production stage, and in it, she will portray the role of Kaya Adams.

Gravitt is 5 feet 3 inches (160cm) tall, but she might still get taller as she is only 16 years old. The young actress weighs around 47.2 kgs (104 lbs), with blue eyes and brown hair. Apart from acting, she also enjoys sports like cycling, ice skating, and rollerblading.

As for her personal life, the young actress keeps her love life relatively private. But it seems she isn’t dating anybody, as there have been no reports of her having a boyfriend.

With early success in her acting career, Gravitt earned a handsome amount for herself. Her estimated net worth is around $200,000, which is quite a fantastic place to be at 16.