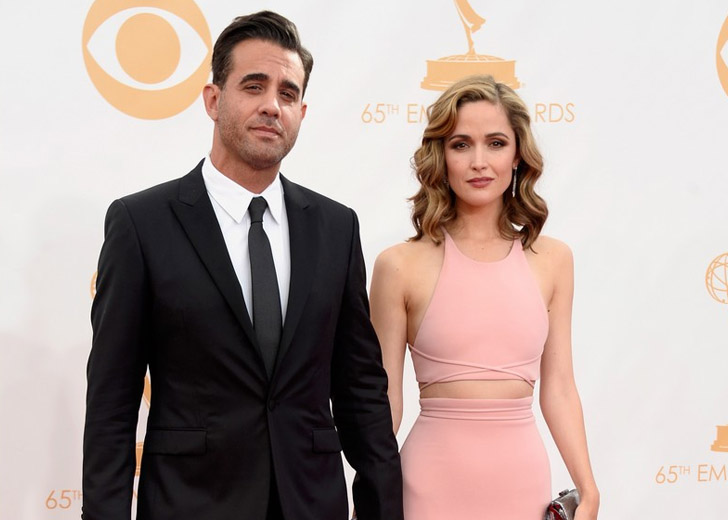 Here is everything about Bobby Cannavale’s personal life.

The Watcher star has an impressive track record regarding his career. However, his personal life is no less.

He has been with his girlfriend, Rose Byrne, for the past decade. They started dating in 2012, and now, the pair leads a happy life with two children.

Here is everything we know about Cannavale and his partner.

Cannavale met his girlfriend in the fall of 2012 when Byrne was wrapping up a five-season run on Damages. Byrne’s Damages co-star Glenn Close told Vanity Fair about their remarkable chemistry.

Rumors of their relationship started floating around. However, the pair did not reveal if they were dating or not.

But it seems like Cannavale was dating his girlfriend in private. The new couple was spotted holding hands at Portlandia’s season launch party at the American Museum of Natural History in New York City in December 2012.

According to E! News, the duo walked the red carpet together for the first time as a couple on June 3, 2013, at the CFDA Fashion Awards in New York City.

In 2014, the couple appeared in two films together — Annie and Adult Beginners. In October 2015, it was revealed that Byrne and Cannavale were expecting their first child together.

The actress was spotted at Los Angeles International Airport with her growing baby bump that month. Cannavale revealed on The Late Show with Stephen Colbert that they welcomed a son, Rocco Robin, on February 1, 2016.

Cannavale told the meaning of Robin’s name in an interview with People, saying he and his girlfriend simply loved the name. Robin shares his middle name with his maternal grandfather, and his parents “liked the way it rang together.”

In August 2017, Byrne confirmed her second pregnancy in an interview with Australia’s Jones magazine. She told the outlet how everyone on set was paying her extra attention because she was pregnant.

In November 2017, the couple welcomed their second child, Rafael. The Watcher actor later revealed where his son’s name came from in an interview with Entertainment Tonight.

He wanted to honor his mother’s side of the family by giving his son a Latin name. Moreover, Rafael Nadal, the Spanish professional tennis player, was also one of the inspirations behind their name.

To date, Byrne and Cannavale have not gotten married. The actress was spotted out and about in Australia with a ring on her ring finger in November 2016, sparking rumors that the couple was engaged.

The ring appeared to be white gold with a diamond halo. Representatives for the couple declined to comment on a possible engagement.

Cannavale and Byrne have kept their relationship private but have revealed their marital status over the years. Despite calling each other “husband and wife,” the couple has never married and appears in no hurry.

Byrne wears two bands on her wedding ring finger but claims that other milestones prevented her and Bobby from legally marrying. Nonetheless, the couple believes the title “husband and wife” fits their relationship perfectly.

While Cannavale is yet to get married to his life partner, he has been married once in his life, and it was to Jenny Lumet in 1994. Lumet is an actress and screenwriter and the granddaughter of Lena Horne.

In May 1995, the now-former couple welcomed their only child, Jake, into the world. Cannavale was with his ex-wife for nearly a decade while they both worked to advance their careers.

Unfortunately, they divorced in 2003, though the reason for the split is unknown.

The actor won Primetime Emmy Awards for Will & Grace and Broadwalk Empire.

Cannavale has also had a successful stage career, with Tony nominations for Mauritius (2007) and The Motherf**ker with the Hat (2011).