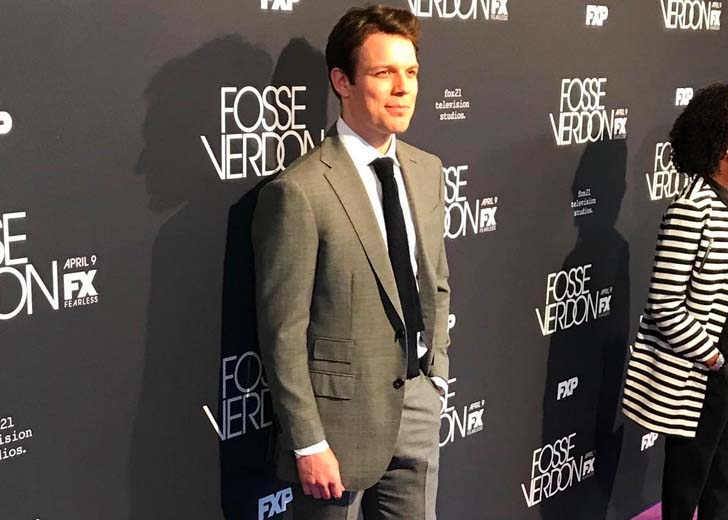 Jake Lacy debuted in Hollywood in 2008 through his movie ‘Guiding Light.’

Jake Lacy is a well-known American actor most recognized for his roles as Pete Miller in The Office‘s ninth and final season.

He also played Shane in the HBO satirical comedy miniseries The White Lotus, for which he got a Primetime Emmy nomination for Outstanding Supporting Actor in a Limited or Anthology Series or Movie.

In the new Peacock limited series A Friend of the Family, he plays a darker character, and he plays a guy who infiltrates a church-going family in the 1970s. The series portrays a horrific real story of the Broberg family, whose daughter Jan was abducted two times by a charismatic, infatuated family “friend” over the years.

The series has added to the fame of Lacy, and more fans are eager to know about their favorite actor’s filmographic journey. Read along to find out more about the actor.

Jake Lacy is halfway to becoming a millionaire

All his works in Hollywood have helped Lacy amass a massive fortune for himself, and no doubt it’s still growing. As of 2022, Lacy has an estimated net worth of $500,000, as per Celebrity Net Worth. His half-a-million fortune is all thanks to his film career.

Two years later, he landed his breakout role in the romance sitcom Better with You. On the ABC comedy Better with You from 2010 to 2011, he played Casey Marion Davenport.

He played the lead in the Columbia thesis film C’est Moi. Following this, as mentioned earlier, he began his recurring role as Pete Miller, or Plop, in the ninth and final season of the NBC comedy The Office, in 2012. The same year, he was cast as Caleb Fuller, an intramural football team leader, in the live-action/animated sports comedy Balls Out.

He co-starred in the 2014 film Obvious Child with Jenny Slate and the 2015 film Carol with Rooney Mara. In 2015, he portrayed Olivia Wilde’s love interest in Love the Coopers and also appeared as Nick Beverly in the Showtime series I’m Dying Up Here.

The actor starred in the 2016 political thriller Miss Sloane as Forde. He appeared in the episode ‘Encryption’ of the late-night talk show Last Week Tonight. The same year Lacy featured in Lone Scherfig’s WWII-set comedy drama Their Finest, which had its global debut at the Toronto International Film Festival.

Jake starred as Brett Wyden in the science-fiction monster film Rampage in 2018. Following that, he appeared as ‘Brian’ in the drama Diane, which debuted at the ‘Tribeca Film Festival.’

Jake Lacy is the father of two boys

Lacy was born February 14, 1985, in Greenfield, Massachusetts, the U.S, and raised in Vermont. He grew up in Pittsford and graduated from Otter Valley Union High School in 2004.

Lacy graduated from Winston-University Salem’s North Carolina School of the Arts (UNCSA) in 2008. He worked as a gym receptionist, a club bartender, and a waiter during the day while auditioning for the role of Casey in Better with You.

Lacy married long-term lover Lauren Deleo on August 22, 2015, in Dorset, Vermont, and the couple has two boys. However, he keeps them away from social media.

Lacy endorsed Senator Bernie Sanders for President in the 2016 United States presidential election but also emphasized that people should not always listen to actors when it comes to politics.