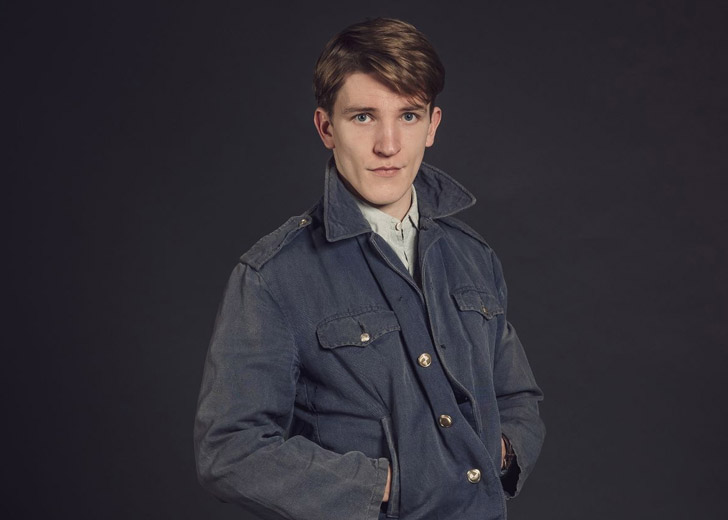 Get to know House of the Dragon star Ewan Mitchell.

English actor Ewan Mitchell is well-known for his work in the historical dramas The Halcyon on ITV, medieval drama The Last Kingdom, and World on Fire on BBC. He also appeared in the Claire Denis movie High Life and the television show Trigger Point.

The most recent time leap in House of the Dragon, a prequel show to Game of Thrones, introduced viewers to Mitchell as Prince Aemond Targaryen in the 8th episode of the series. Aemond One-Eye is on the verge of dominating the HOTD world.

And ever since he assumed the role of Aemond, Game of Thrones and House of the Dragon fans have been more than curious to know more about the actor. So, let’s learn more about this rising talent!

The young actor keeps his life away from social media and other attention. It is tough to find any information regarding the HOTD actor online. So much so that he doesn’t even have any social media accounts like Facebook, Instagram, Twitter, etc.

Mitchell was born on March 8, 1997, and is 25 years as of 2022, as cited in DnbStories. The actor was raised in Derby, England. Additionally, his birth name or full name is Ewan Robert Mitchell.

No information about his parents, siblings, childhood, or education is available on the internet. As mentioned earlier, he is a very quiet person who avoids all social media and seldom interacts with the media.

Before his co-stars, Arnas Fedaraviius and Alexander Dreymon, unintentionally reveal that the actor is from Derby, Rowley mused, “Maybe he’s had amazing training we don’t know about… in life?”

“Let’s leave Ewan out of this,” Fedaraviius continues. Dreymon concurs, “Or we’ll get in trouble.”

In 2015, Mitchell made his acting debut as the lead in Stereotype and Fire, a short film. He later appeared in Rebekah Fortune’s Just Charlie (2017) and Claire Denis’ High Life (2018). He was slated to lead in the Emerald Fennell Saltburn, by Amazon Prime Video original movie in 2022.

In the show, he plays the role of Osferth, also known as Alfred the Great. Based on Bernard Cornwell’s novel ‘The Saxon Stories,’ the first two seasons of The Last Kingdom were shown on BBC Two before Netflix acquired the rights and brought three more seasons. In the last season, Osferth met a tragic and gory end, much to the fans’ dismay.

Besides that, Mitchell may also be recognized by fans of crime dramas for his role as Billy Washington, Lana’s younger brother, in the popular ITV thriller Trigger Point.

As of now, Mitchell is enjoying the response he is receiving for his role as Prince Aemond Targaryen in HBO Max’s House of the Dragon. Furthermore, he is also working on his next acting project, a short film titled Stable. In the short movie, which is in pre-production, he plays the role of Conner.

How Much Is Jake Lacy’s Net Worth? Know His Movies and TV Shows