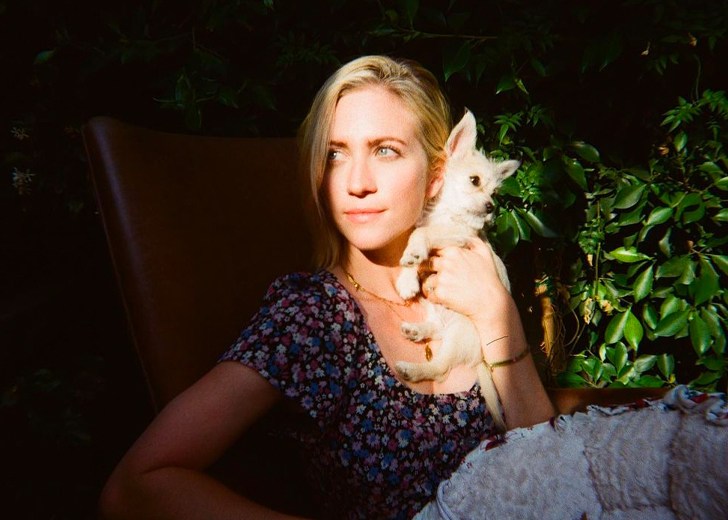 Brittany Snow was diagnosed with an eating disorder after landing the role of Susan Lemay on the television show ‘Guiding Light.’

American actress Brittany Snow is best known for her role in the CBS soap opera Guiding Light. She was also nominated for two other Young Artist Awards and a Soap Opera Digest Award, in addition to winning a Young Artist Award for Best Young Actress.

Snow is the best actress in the United States, but as a child, she was told she would never be an actress because she had a scar on the middle of her forehead.

During an interview with TODAY Style, the actress revealed her acceptance of flaws. She said she got the scar when she was three years old after falling on a brick and splitting her head. Her sister was babysitting her at the time, and she had forgotten about it.

However, Snow chose to embrace it rather than have plastic surgery. After the scar, the actress’s mother got her into the entertainment industry.

Likewise, Snow heard many negative comments about her scare while working in the entertainment industry. She was about eight years old when someone told her that her face needed plastic surgery because it was distracting. After hearing this, the actress’s mother took her to see a plastic surgeon, but she freaked out and did not have it done.

The actress had no idea she had the scar until now. When she looks at her old picture, she wishes to go back in time and tell her she will be fine.

Snow was diagnosed with an eating disorder after landing the role of Susan Lemay on the TV show Guiding Light. She tried her first diet, Eat Right 4 Your Blood Type when she was 12 years old after seeing women on the soap operas working out and dieting.

Brittany Snow regrets dieting so much in her 20s. (Source: Twitter)

At 15, the actress stepped on a scale of 10 to 15 daily and weighed only 85 pounds. Likewise, her hair was falling out, and has weird skin.

In the interview with Half of Us, Snow said, “It kind of devolved into this thing where I had to constantly be dieting and losing weight and more weight. It became my life, and I didn’t have any friends, so this was unquestionably my best friend, and I clung to it tenaciously.”

The actress first discussed her battle with an eating disorder and mental health issues in 2007. Since then, she has seen how healing it is to share her experience.

Snow has always been adamant about seeking help and learning from her mistakes. She also tries not to see depression and anxiety as hindrances but as opportunities to connect with people more interestingly and meaningfully.

The actress says she doesn’t regret speaking about her mental health at such a young age. In 2007, she revealed her nine-year struggle with anorexia, depression, and self-harm, but her experience was dismissed as a publicity stunt.

She told InStyle, “I believe there was still a stigma attached to sharing so much truth, and it was interpreted as me being self-indulgent or attempting to gain attention. I certainly wasn’t prepared for that. I was too young and unprepared for what was to come.”

Alison Sweeney's Net Worth and Status with Hallmark Revealed