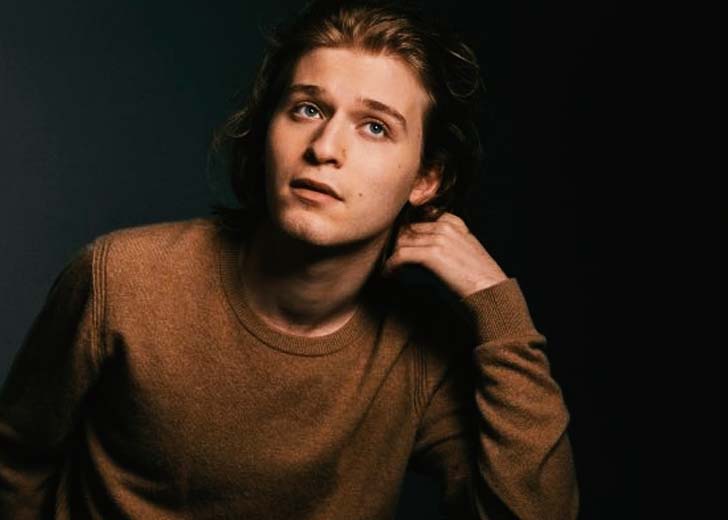 Fred Hechinger, an American actor, is a rising star of Hollywood who happens to have tasted the limelight with his debut in the coming-of-age film Eighth Grade for playing Trevor in 2018.

Later on, his popularity increased when he portrayed the recurring role of Seth Warshavsky in the biographical drama miniseries Pam & Tommy in 2022.

Hechinger’s rising stardom has made people more interested in his personal life than the professional one. As a result, some details about Hechinger have been listed out.

Hechinger’s birth date is a dilemma for those who don’t know him, as some of the outlets have stated his birthday on December 2, with the birth year being either 1998 or 1999.

But according to Famous Birthdays, his birth date is said to be on December 2, 1999. He was born in New York City, US, to parents Paul Hechinger and Sarah Rozen.

Hechinger was named after his paternal grandfather, Fred M. Hechinger, The New York Times editor and writer. His maternal aunt Leah Rosen is a film critic for People Magazine.

He is an only child and doesn’t have any siblings.

Hechinger worked as a reporter in his teens and completed his study at Upright Citizens Brigade. But reporting was never his cake as he soon shifted to develop his career in acting.

Being an actor of age 22, Hechinger has 5 feet 7 inches or 1.7 m which is less than average for a native American.

Hechinger doesn’t seem to be a social media person as he had his first post on Instagram in July 2021.

In his first Instagram post, he wrote, “Look, I’m no Instagram fella. I don’t know what to do or quite who I am on this app … BUT … I truly made a whole flipping account just cuz FEAR STREET comes out at midnight!! On this site called @netflix ?…”

As for Twitter, Hechinger doesn’t seem to have one. Instead, his fans have opened accounts to support the actor and his work, updating the world about his life moments.

Being in the rising phase, Hechinger seems to have accumulated a net worth of around $1 Million as estimated by different outlets according to his roles taken and the overall estimation of payments that he might have received.

But the exact numbers are not noted on any site, and it’s just a speculated value according to sources given.

Hechinger took off his career after his debut in the Coming-of-age film Eighth Grade in 2018 as Trevor.

His other appearances in the film include Jamie Manning in Human Capital in 2019, Fred in Let Them All Talk in 2020, John Calley in News of the World in 2020, Ethan Russell in The Woman in the Window in 2021.

Hechinger’s major break was from his recent work in Pam & Tommy as a recurring role Seth Warshavsky in 2022, which was loved by the audience and expected him to be in the upcoming seasons.