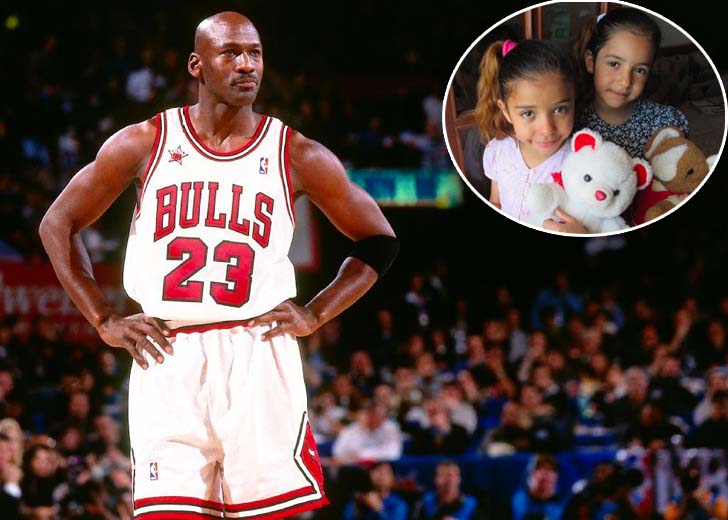 Michael Jordan is a father to 5 children, including his twin daughters Ysabel and Victoria Jordan.

Michael Jordan is an NBA legend, having been inducted into the Hall of Fame and leading his previous club, the Chicago Bulls, to six championships throughout the 1990s.

But to his five children, Jasmine Jordan, Jeffrey Jordan, Marcus Jordan, and twins Victoria Jordan and Ysabel Jordan, the former athlete and businessman is just a perfect dad.

Michael Jordan is a father of twin daughters

Michael has always maintained a low profile regarding his personal life, keeping his successful career separate from it. As a result, his children initially had no clue that their dad was famous.

The NBA star has his three older children with his ex-wife Juanita Vanoy and his youngest twins with his current wife Yvette Prieto, whom he married in 2013.

E! News first confirmed the birth of Victoria and Ysabel in 2014. This would be the couple’s first children together.

“Yvette and the babies are doing well, and the family is overjoyed at their arrival,” the former NBA player’s representative said.

Michael Jorden keeps his twins out of the limelight

Considering Michael’s private, low-key approach to his family, nothing is known about his two eight-year-old twin daughters. The NBA superstar is exceptionally secretive regarding his daughters, Victoria and Ysabel.

His other children have similarly not shared any images of their younger siblings. Fans will have to wait till Michael officially shares facts about his twins on his own terms until then.

Michael Jordan and his wife Prieto had a lavish wedding

Michael met his second [present] wife, Prieto, a model, in a Miami nightclub in 2007.

After five years of relationship, he and the diva had a splendid ceremony on Saturday, April 27, 2013, in Palm Beach, Fla. Their wedding cost an estimated $10 million.

According to People, the pair married in front of 500 guests who arrived on tour buses at the Episcopal church Bethesda-by-the-Sea. They invited another 1,500 guests to the Bears Club in Jupiter, Florida, not far from his 38,000-square-foot mansion.

As stated earlier, the basketball legend has been married twice, with his first wife being Juanita Vanoy. And with her, he has three children.

Michael and Juanita’s oldest son was born on November 18, 1988. But he initially denied that Jeffrey Michael Jordan was his son when he was born. He eventually “accepted paternity within a few months.”

Marcus is the couple’s middle child, born on December 24, 1990. Like his elder brother, he grew up playing basketball, and he and his brother would sometimes practice with their father.

Their youngest child was born on December 7, 1992. Unlike her brothers, Jasmine Mickael Jordan did not pursue a career in basketball, but she was well aware of her father’s influence on the game.

How Old Is Journey River Green? All about Megan Fox and Brian Austin Green's Child