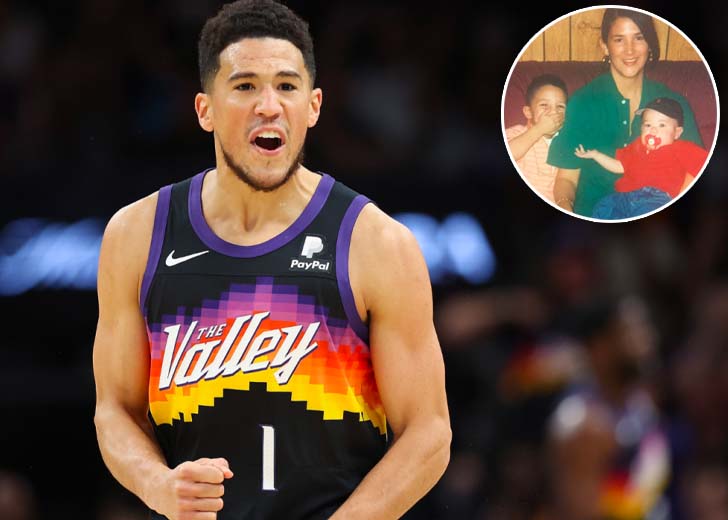 Veronica Gutierrez is known as the mother of American basketball player Devin Booker. He is the youngest player in NBA history to have consecutive 50-point games, and he plays for the Phoenix Suns.

Gutierrez’s life has been continually scrutinized as the mother of a renowned son. Many people are curious about her job, married life, husband, and other interesting facts about her.

So here’s what you need to know about the mother of the famous basketball player.

Veronica Gutierrez keeps herself away from the internet

Gutierrez works as a cosmetologist by profession. She is Mexican-American and became well-known after the Phoenix Suns selected her son Booker in the first round of the 2015 NBA draft.

She limits her media appearances and spends her life away from the glitz and glam of the sports world.

On the other hand, her son Booker has a considerable fan base, especially on social media. On Instagram, he has over 4.5 million followers.

Gutierrez and Booker have an excellent mother-son relationship. Booker frequently posts images of his mother on Instagram.

On May 8, 2016, the basketball player shared his feelings toward his mother, Gutierrez, in an Instagram post and mentioned what his mother meant to him.

Gutierrez has three children: Devin Booker, Davon Wade, and Mya Powell. Devon, the oldest of her three children, was born on February 17, 1993. Unfortunately, she has not disclosed any information about Davon’s father.

Devin is the second child, born on October 30, 1996, in Grand Rapids, Michigan. He was the child of her relationship with Melvin Booker.

Then there is Mya, the youngest of the bunch, having been born in 2000.

Needless to say, the mother of three has a beautiful relationship with all of her children. They are also all quite successful in their own industries.

The couple’s decision to remain unmarried was influenced more by their hectic schedule and commitments to their work.

Melvin, a former professional basketball player, was frequently relocated, leaving them with no choice except to pursue a relationship peculiarly. Their relationship didn’t work out, and they separated.

However, as they co-parented, Melvin was not completely absent from Booker’s life. Melvin would take his son to his games.

In reality, Gutierrez and Melvin’s children had to split time with both of their parents. On the other hand, Melvin frequently praises Gutierrez as a great partner and mother, and he values her sacrifice for his children.

In a 2016 interview with The Undefeated, Melvin stated, “She made it happen. I owe her all the credit for allowing that to happen. Ever since Devin was 8 months old, he was coming with me in the summertime. It was special, and I tried to make up for the times I missed when I was gone.”

Veronica Gutierrez is single as of 2022

Gutierrez began dating a new partner after her separation from Melvin. Unfortunately, she never revealed the man’s identity.

And now, it is also unknown if the basketball player’s mom has received a ring from any partner. Things are a little unclear about her dating status in 2022, as she keeps her life private. According to Biography Mask, Gutierrez is living a single life.