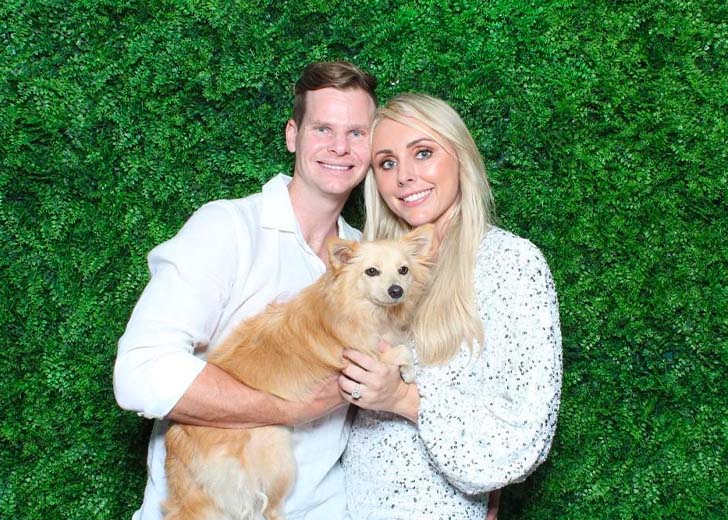 Steve Smith and Dani Willis are one happy couple!

The pair have been together for over a decade after meeting each other in 2011. They have been married since 2018.

They have been by each other’s side regardless of their life’s troubles. For instance, Smith had a tough time establishing himself after being banned for a year because of the Newlands ball-tampering scandal.

It was reported that there were difficulties with his relationship at the time. However, that was not the case.

Willis, instead, had been beside her beau’s side and been a rock to him. As a result, it did not take Smith long to bounce back into the world of cricket and make a name for himself.

That being said, it does not mean the couple has no trouble in paradise. There are some at times, but Smith and Willis have a way of avoiding them as much as possible.

That is because communication is the key to their successful marriage.

In 2011, Smith met Willis. At the time she was a law and business student at Macquarie University at the time.

It is reported that the two met during the initial season of the Big Bash League at a Sydney bar. Fast forward to 2017, the cricketer proposed to Willis on the roof of the Rockefeller Center.

Then, a year later, on September 15, 2018, Smith married his long-term partner in a private ceremony. The couple announced the news on Instagram.

Smith wrote a caption about how he got to marry his best friend. Willis, on the other hand, kept things quiet, uploading the identical photo with the caption ‘15.09.18’ – the day of the wedding.

Aaron Finch, Mitchell Marsh, Nathan Lyon, Pat Cummins, Usman Khawaja, and Moises Henriques were among the Australian players that attended the wedding. The ceremony was held at Bendooley Estate, a popular venue for weddings in Sydney.

Smith is a renowned cricketer who travels all around the globe to play various games. While his wife sometimes joins him, they primarily maintain a long-distance relationship.

A long-distance married life has a high chance of making couples drift apart. However, Smith and his wife avoid it because they are in constant communication with each other.

Willis opened up about communicating with her spouse in an interview with Daily Telegraph. She said that the pair constantly talk with each other “no matter how mundane” the conversation might be.

She opened up about how the couple spent 2020 apart from each other. While it was mostly due to Smith’s commitments but also because of COVID-19 restrictions.

They could not spend time together even during holidays like Christmas. Willis confessed that it was not easy to stay apart and say goodbyes, but their relationship would not budge because they were physically separated.

She said, “I always just say communication is key, particularly when you are spending long periods of time apart.”

She pointed out that there might be times when couples may not be together for “every birthday, or wedding anniversary, or date night.” So, to keep the love alive, the best thing to do is to ensure you still have time for each other daily.

This could be done via Facetime or phone call —  anything to “keep each other up to date on what happened that day.”

Willis then pointed out that the conversation does not have to be exciting and could be mundane, like talking about “the dog was being annoying or whether the washing broke down.”

All that matters is “being completely open and keeping each other informed on what’s happening in your life.” This way, Smith and his wife have kept their love for each other alive for over a decade.