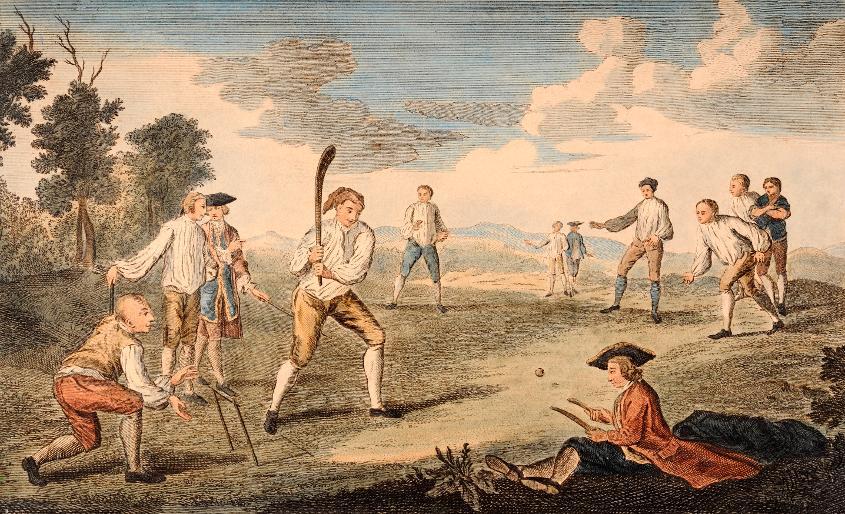 It is widely believed that England is the place where cricket was born.

The history of cricket dates back to Saxon or Norman times when Weald kids were seen playing a club ball-like game. However, the first reference to adults playing cricket is from 1611. How did it evolve after that to become one of the most popular sports in the world?

If you gather many cricketers and cricket historians in a room and ask them about the sport’s origin, you probably will get as many answers as the number of individuals in the room. However, most of them will agree that cricket has been derived from a similar pastime called club-ball. The pastime was about hitting a ball made of wool, stone, or a similar object with a club.

Still, the history of cricket is murky and vague when it comes to its origin. As per the International Cricket Council (ICC), the global governing body for cricket, the sport was first played by adults in 1611.

It is widely believed that England is the place where cricket was born. But, English author Derek Birley writes in his book A Social History of English Cricket that the French brought the game to England during the Norman Invasion. According to the late author, the French had given the club ball-like sport a new name: criquet.

There are records too where cricket has been described as creag.

Before the modern-day T20 cricket, technology on the field, Dolby Atmos, Betway IPL odds, and Hawkeye graphics, cricket was a simple game where a player had to hit an object. Let’s explore more about the evolution of cricket:

Village Cricket in the 17th Century

In the middle of the 17th century, the popularity of village cricket was rising. During this time, county teams were formed in England, and local cricket experts were the earliest professionals of their respective teams. The first English cricket county game was played in 1709. It was a game between Kent and Surrey.

Most of the official matches in the 17th century were played in North London and Hampshire. This explains why Lord’s Cricket Ground is called the Home of Cricket.

The first law of cricket was established by the London Club in 1744. After that, a number of cricket laws were created.

International Cricket in the 18th Century

In the second half of the 18th century, many developments were made in cricket – including straight bats, overarm bowling, and others.

In 1844, the first-ever international match was played between the USA and Canada. After that, an Australian cricket team was sent to England in 1868. Less than a decade after that, England and Australia played their first-ever test cricket match. It was in 1882 when Australia beat England for the first time.

Cricket in the Modern World

International cricket shifted into its modern form in the 19th century when a new structure and format was introduced, including an over of six balls. In 1909, a governing body was formed, and it was called the Imperial Cricket Conference, which became today’s ICC.

It was after WWII when India, New Zealand, and the West Indies joined the ICC. After that, Pakistan, Bangladesh, Zimbabwe, and Sri Lanka got their full member status.

Limited-over cricket matches became popular during the 1960s and 1970s. And, the first-ever official T20 match was played in 2003. The shortest format of cricket gained popularity in 2007 with the introduction of the first T20 World Cup. After that, several T20 leagues were introduced around the world, including the Indian Premier League (IPL) and Big Bash League (BBL).

The history of cricket is fascinating. Isn’t it? From a club ball-like game to a limited-over match, it took decades for cricket to evolve.

Posted on August 29, 2022August 29, 2022
Brian Robinson's lower body was hit by at least two bullets after he was shot in Washington, D.C.
Read More