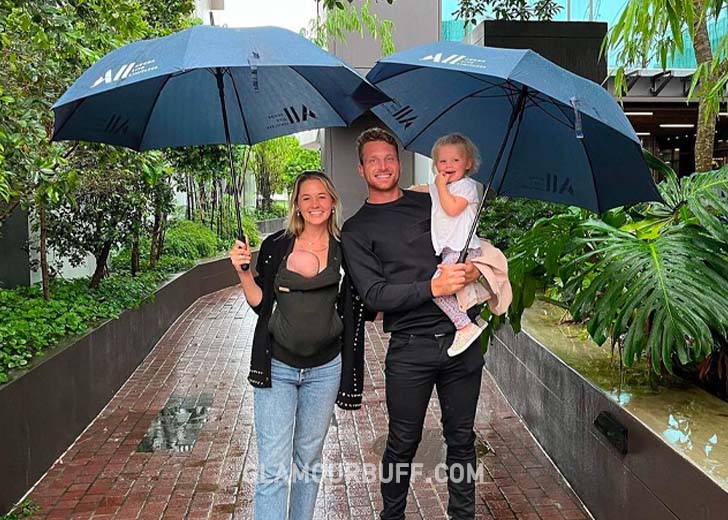 The couple has been married for nearly five years.

Jos Buttler, aka Joseph Charles Buttler MBE, is a star cricket player and the current captain of the England Cricket Team’s limited overs side. In the Indian Premier League, he currently plays for Rajasthan Royals, having played for Mumbai Indians in the previous seasons.

The 31-year-old Somerset native made his T20I debut for England in 2012, which was followed by an ODI debut in 2012 and a Test debut in 2014. Since his debut, he has improved his gameplay massively and impressed fans with his hard-hitting style of cricket.

The right-handed batsman and wicket-keeper is the second-highest run-scorer in T20Is for England, with the first being former English skipper and cricketer Eoin Morgan. And his destructive batting has already made him one of the best white-ball batsmen in the world.

With such great form, Buttler and his team set their eyes on the 2022 ICC Men’s T20 World Cup, which starts on October 16 in Australia. And fans worldwide have been keeping an eye on Buttler as well, as they are eager to learn more about his love life.

Buttler is currently in a longtime relationship with his girlfriend turned wife Louise Webber, also known as Louise Buttler. Webber is a passionate advocate for Pilates and serves as an online pilates/fitness instructor for Live Brave.

As for their relationship, it can be traced up to their teenage years. Per reports, the now-married couple first met each other in school when the cricket star was 14. They initially became friends before becoming a boyfriend and girlfriend duo a year later.

As years passed by, they continued to be together by being each other’s best supporters and worst critics. But the two wanted to do something before making any permanent move in their relationship.

And after years of togetherness and progress, Buttler finally thought it was the right time to take a step forward. On December 29, 2016, he went down on one knee and proposed to Webber, a proposal to which she said yes, and they got engaged.

Later, Buttler took to his Instagram handle to share the good news among his friends and well-wishers. He posted a picture in which his then-fiance was flaunting her engagement ring with the newly engaged couple smiling all around.

Less than a year after getting engaged, on October 21, 2017, the two walked down the aisle in a private ceremony that was attended by limited guests, including Buttler’s fellow teammates Steven Finn and Alex Hales.

The news of their wedding was later slipped out by Buttler’s former IPL team Mumbai Indians on October 24, 2017, after the franchise’s Twitter handle posted a picture of the newlyweds and sent them well-wishes on their wedding and future.

And although Buttler and Webber shared the wedding vows, their togetherness has remained the same as they continue to be by each other’s side through highs and lows. Webber could also be seen supporting her husband’s profession by being present at the cricket venues.

As of now, the couple has been married for almost five years and together for more than that time. Going by all that, it’s sure that their bond will get stronger with each year passing by, and the cricketer’s fans will be seeing more of the lovebirds in the future.

Jos Buttler and Louise Webber are parents of two

Not only Buttler and Webber have been a great couple, but they are also excellent parents to their two children, daughters named Georgia Rose and Margot.

The couple welcomed their first kid, Rose, less than three years after their marriage, in April 2019. Before his daughter’s birth, he was serving his duties for IPL’s Rajasthan Royals.

After learning that he would soon be a father, the cricketer departed from Indian soil to be with his wife and newborn child. After Rose’s birth, Webber announced her name via Instagram, writing, “2 become 3!! Georgia Rose.”

Over two years later, the family of three expanded again when Webber gave birth to their second child Margot on September 5, 2021. The mother of two again took to her Instagram handle to share the good news among the duo’s well-wishers.

She posted multiple pictures taken alongside her husband and baby girl at the hospital. “Introducing our little slice of heaven and the newest teeniest tiniest member of the LB family. Margot ‘Maggie,’” she captioned the initial part of her caption.

At the time of his second daughter’s birth, Buttler had again taken his time off national duty by missing out on the fourth Test match between England and India at the Oval. Additionally, he didn’t attend the second half of the IPL 2021 for Rajasthan Royals, hosted in the UAE, to be with his family.

That said, it clearly proves that family always comes first for Buttler. And he and his wife have done their best to raise their daughters in the best way possible.

Did Lili Reinhart Break Up with Boyfriend Spencer Neville?