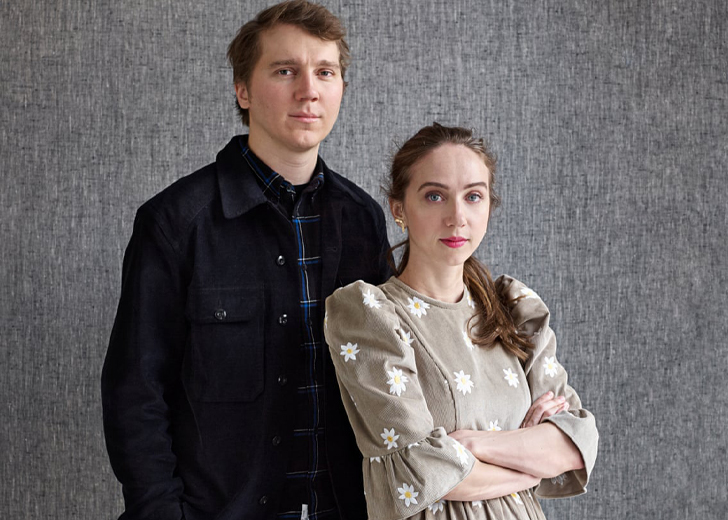 Zoe Kazan is a Primetime Emmy Award-nominated American actress and screenwriter who has already established her name in the entertainment industry. As the daughter and granddaughter of some well-known screenwriters, Kazan was already born in the limelight.

Recently, she has been getting positive responses for her portrayal of Pia Brewer in the Netflix show titled Clickbait. The TV mini-series premiered on August 25, 2021.

Kazan has earned so much popularity that her professional life is very much clear. But, what’s more, clear as well as secretive is her romantic relationship with her long-time partner Paul Dano, a fellow American actor.

Kazan and Dano have been together for a very long period which has raised the question if they have shared the wedding vows or not. Well, they are yet to get married and call each other husband and wife.

Despite not being married, they already have a wonderful bond. The two began dating each other in 2007. Since then, they have always been together and held each other’s hand in every dire situation.

However, as both of them prefer privacy, they do not share much in the public, that includes their social media. Kazan, who has over 147 thousand followers on Instagram, has not shared any pictures alongside her boyfriend.

As for Dano, he is very far away from the internet and is not available on any social media platforms.

Nonetheless, the love they have for each other can be seen when they speak of each other during some interviews. For instance, in an interview with The Daily Beast in November 2016, the actress gave some insight into her relationship with Dano.

She mentioned that Dano is very important to her. As she went on, she told that when she was 23, she was not looking for a relationship, especially one that would last for over a decade. But, now that she is in one, it is special and Dano is her family now.

“He’s tremendously important to me. I wasn’t looking into getting into a decade-long relationship when I was 23, but he’s my family now.”

In addition to that, Kazan stated that getting married isn’t high on her list as she and Dano are not religious. She also clarified that she is very much happy with her relationship with Dano. Her statement continued as she said:

“But it’s really nice to make a life with him. It’s been surprising to me, how many benefits there are to being with someone for so long. I would not have guessed what it would feel like.”

Well, going by that, it surely looks like Kazan and Dano are happy with what they have and what they have developed in their over-a-decade-long relationship.

Kazan and Dano Are Parents to a Daughter

Not only the Kazan and Dano are a wonderful boyfriend-girlfriend duo, but they are also wonderful parents to their 3 years old daughter, Alma Bay Dano.

In September 2018, Page Six reported that the American actress has given birth to a baby girl. However, the reports were left unconfirmed until October 25, 2018, when Dano confirmed the news while talking on The Tonight Show Starring Jimmy Fallon.

Fallon started off the chat by congratulating Dano on welcoming a baby girl eight weeks ago, around late August 2018. Dano confirmed the news for the first time and then thanked Fallon. Then, Fallon asked “She’s gorgeous, by the way. What a beautiful, beautiful baby. How’s it feel to be a dad?”

In reply to that, Dano said, “I’m so tired and I’m so in love. It’s so extreme. Your heart has gone like a supernova in one sense. And then we landed from London last week and she cried for like 24 straight hours and you kind of just want to walk through a wall.”

Following that interview, there has not been much mention of their daughter by Kazan and Dano. They are keeping their daughter away from their limelight and out of the sights of the paparazzi as much as possible.