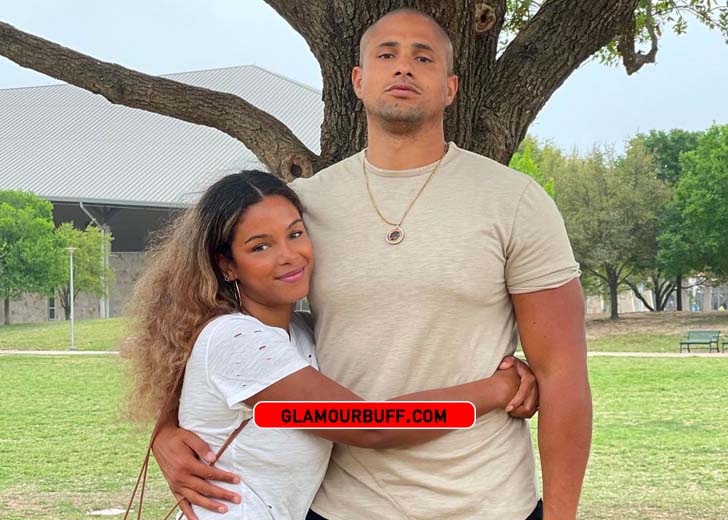 SunkissAlba and her husband Manny recently commemorated their 15 years of togetherness.

The parents of the two first met in 2006 at Abercrombie & Fitch. Manny worked as a model there, while SunKissAlba operated as a brand representative.

SunKissAlba used to help Manny with his training, and soon the co-workers became friends, and shortly after, they started dating.

SunKissAlba and her Husband Manny marked 15 years of togetherness

On April 4, 2022, SunKissAlba and her husband Manny marked 15 years together. A day after, on April 5, she shared lovely pictures of hugging her husband.

The YouTuber captioned, “4/4 — 15 years with you and forever to go. Today we celebrate the day I became Manny’s girlfriend, and the day the hottest guy in the world became mine.”

SunKissAlba and her husband Manny on their 15 years of their togetherness. (Source: mrsalbaramos/Instagram)

The pair first met in 2006 when SunkissAlba used to work at Abercrombie & Fitch. Manny, at the time, was a professional model, and as a brand representative, she used to help him with his training.

The co-workers turned into friends, and they became a couple from friendship. They grew together and focused on the quality of their relationship.

Taking their relationship further, the duo, after dating for seven years, got married on November 19, 2013, in Punta Cana, surrounded by their close friends and family.

She expressed in her wedding video, “Through 7 years of sharing a life, he’s continued to push the boundaries of what I called Love. As he vowed to me on this day to exceed the man I met 7 years ago, in him I already saw that and more.”

On November 21, 2021, SunKissAlba shared photos with her husband marking their eighth year of marriage. To celebrate their 8th anniversary, the pair went on a date without their kids.

SunKissAlba and Manny have two kids

SunKissAlba and Manny have two children together, a boy and a girl.

Ramos had aspirations of being a fashion designer, but her life drastically changed when she met her husband and began a family immediately.

The beauty guru had an unexpected pregnancy at 20 years old while she was still living with her parents and in college.

She did not feel comfortable returning to school or work while he was still a baby. So, she decided to stay at home with her son. Unfortunately, her son was diagnosed with Autism at the age of three.

A closer look at SunKissAlba

SunKissAlba was born in the Dominican Republic on February 22, 1988. Later, she moved to New York City when she was three with her brothers, Louis and William, and her parents.

The YouTuber grew up in New York and went to a Catholic School. After she passed out, she got her first job at Abercrombie & Fitch as a brand representative.

Currently, she works as a beauty, fashion, and health vlogger with over one million subscribers and has gained 320 thousand followers on her Instagram.

The vlogger is active on her social media and often shares videos regarding skin and health care, makeup, and fashion videos.

When the camera isn’t rolling, SunKissAlba is a committed wife and mother of two who is passionate about living her best life.

The Fall Wardrobe Haul: How to Do It Right without Breaking the Bank