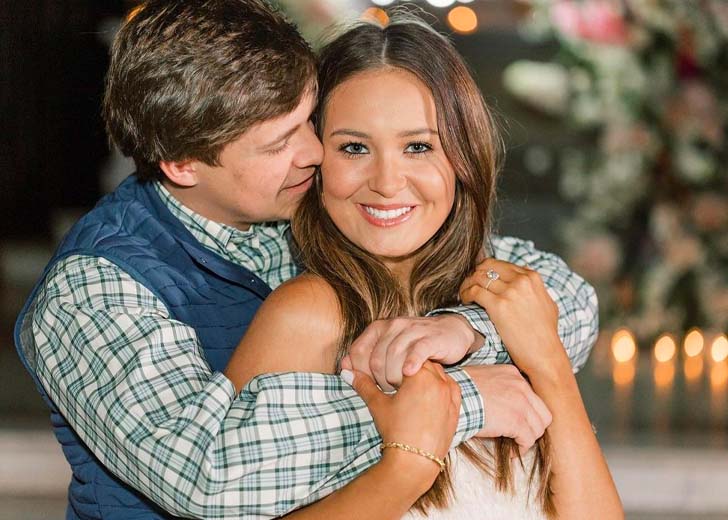 One of the most popular young couples on TikTok is engaged.

The TikTok couple Taylor Watts and Sophia Hill shared the exciting news with the help of social media with their followers.

Fans were delighted to hear the couple’s engagement news, but a few were concerned about their age.

On November 29, 2022, Hill and Watts made the engagement announcement on their social media.

“WE’RE ENGAGED!” the couple shared on their respective Instagram alongside several lovely pictures of the two of them.

The post further stated that they were ecstatic and utterly in love with one another and that it was one of the happiest days of their lives.

Additionally, Hill, in another post, shared a glimpse from their engagement day with a short yet cute message that read, “It still feels like I’m dreaming. I get to marry my best friend!”

Furthermore, she added, “LET’S GET MARRIED! & then have BABIES! like asap,” to which Watts reacted by saying, “LETS GET MARRIED AND THEN HAVE BABIES ASAP.”

It appears that Watts went above and beyond to make the event as unique as possible and had the desired outcome.

They have a devoted following of admirers, and their love has long served as an example to many on TikTok.

The two started dating in 2020. As soon as the pair announced the next chapter of their relationship, people on social media congratulated them and expressed their happiness for the couple.

Fans’ reaction to the engagement news

Following the announcement, the fans were thrilled. Many people congratulated the pair and sent them their best wishes and messages of love.

Many viewers referred to them as “couple goals,” calling them the “cutest couple” and “a dream couple.”

“y’all are literally the relationship i dream to have,” a fan commented.

The following comment read, “literally so happy for yall!!! i wish yall the absolute best.”

Another fan commented, “So excited for this new chapter in your life to begin! 🙂 Praying for y’all!”

Sophia Hill got engaged to Taylor Watts at a young age

It isn’t easy to pinpoint their exact ages, although both Watts and Hill are still in their early 20s. According to the online reports, Hill was born on September 27, 2001, meaning she is 21 years old.

Even though some people might feel that it’s too young to propose and get engaged, it’s important to remember that every relationship is unique. The couple thought they were prepared for union, which other people may find strange.

Who are Sophia Hill and Taylor Watts?

Hill and Watts are TikTok content creators and influencers, and the duo shares a single TikTok page under the handle @taylorrandsoph. They are known for making wholesome and relatable relationship content.

They posted their first TikTok about a year ago, in May 2021. Because of their relatable relationship videos, they now have more than 3 million fans on TikTok.

They mainly vlog about their relationship, share practical jokes, and perform humorous skits.