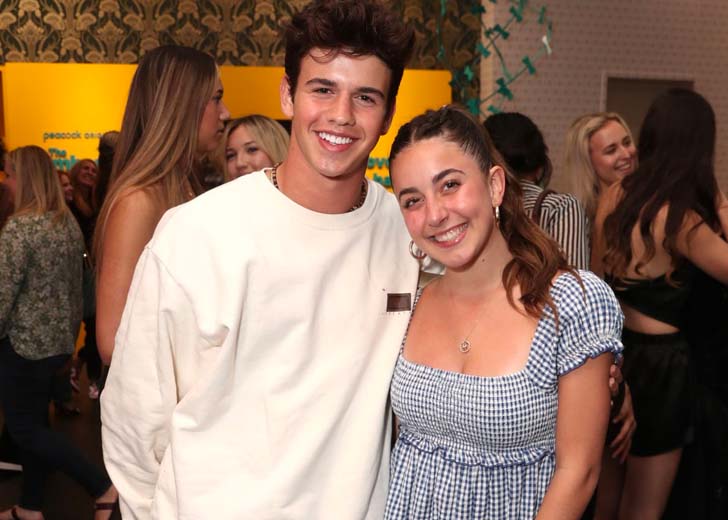 Sage Rosen and GiaNina Paolantonio are often seen hanging out together.

Sage Rosen is a professional dancer who appeared on Nickelodeon’s Lip Sync Battle Shorties before moving on to Dancing with the Stars: Juniors.

He has appeared in music videos for celebrities such as Justin Bieber and Sia. He has also performed with Kidz Bop and competed on a national level.

Not only on television, but Rosen is also famous on the popular app Tiktok, where he has 3.6 million followers, and regularly posts on his YouTube channel, with over 57 million subscribers.

He’s often seen posting videos with GiaNina Paolantonio on his social media sites, and fans assume they are dating. So what is the truth? Read along to find out.

Sage Rosen and GiaNina Paolantonio give mixed hints to the fans

Paolantonio is also a dancer like Rosen. Her strongest dance styles are Hip-Hop, Jazz, and Lyrical, according to Dance Moms.

They are often seen dancing together in each other’s TikTok videos. So fans assume that the duo is dating and often flood their posts with comments asking if or not they are dating.

Both Rosen and Paolantonio give confusing replies.

They even put misleading captions on their videos like “all mine… jk jk well…” while playing in the comments. Rosen replied with nothing but “Lol” to the comments when asked whether they were dating.

In a video Rosen posted on his YouTube channel, when they were asked about their worst relationship, both Rosen and Paolantonio replied with never being in a relationship. So it is really unclear if the dancing duo is dating.

Rosen is not only a dancer but a social media sensation who has also appeared in videos with Mariah Carey and Chris Brown. He comes from a large family with deep roots, making him a grounded performer who aspires to great success as a dancer and a complete entertainer.

As per The Famous People, he wants to perform in movies someday and believes he needs to build on his confidence in front of the camera.

Despite his shifting dance genre preferences, he is presently focused on developing his brand and likes working on modern, ballroom, and hip-hop dance styles.

He competed as a professional dancer in the Lip-Sync Shorties Battle before partnering with actor and singer Mackenzie Ziegler on Dancing with the Stars: Junior in 2018, under the mentorship of Russian choreographer Gleb Savchenko. They took second place in the competition.

Following that, they embarked on a tour with the brand PrettyMuch, which began in Dallas on July 11th, 2019, and finished in Vancouver on August 16th, 2019.

Paolantonio made her Broadway debut as Amanda Thripp in Matilda the Musical when she was only nine. From March 2015 through September 2016, she starred in the musical.

She played for Mariah Carey at the NBC Rockefeller Christmas Tree Lighting in 2014 and her ‘All I Want for Christmas is You’ musical engagement at New York’s Beacon Theater and Las Vegas’ The Colosseum in 2017.

She was also a member of the Nickelodeon show Lip Sync Battle Shorties and the Big Battle Dance Crew. She creates frequent dancing videos for GoNoodle, a firm that encourages healthy fitness to over 11 million elementary school children daily.

Paolantonio made her film debut as a ballerina in The Greatest Showman in 2017. She is an ambassador for the dance clothing company Capezio.

She appeared in JoJo Siwa’s music video for the slumber party theme of her song DREAM in September 2020, among other cast members such as Kamryn Smith and Kendyl.

The dancer released her debut single, TALK, in December 2020. She released her second single, Everything But You and Me, in March 2021.TIME, her third single, was released in August 2021.