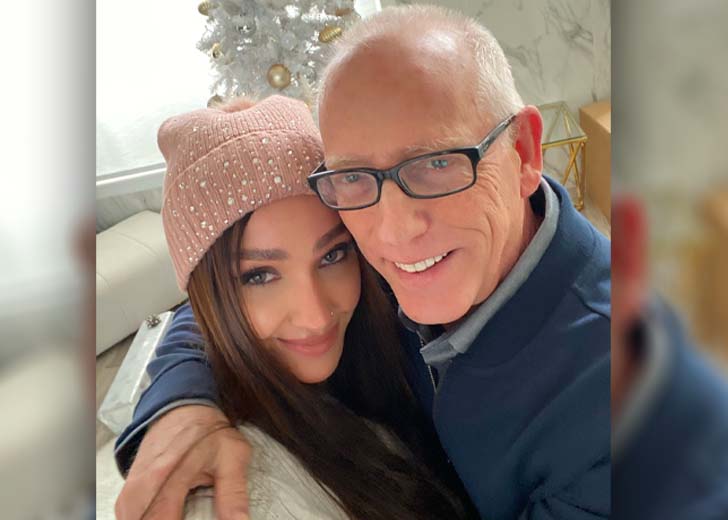 Author and cartoonist Scott Adams got married for the second time in 2020. This time, he tied the knot with his longtime girlfriend, Kristina Basham.

But their wedding also invited several trolls and mean comments — all because of the couple’s age gap. As of 2022, the author is 65 years old, while his new wife is around 34.

That being said, Adams and his wife didn’t hold back after reading all the mean comments. The two apparently responded to the haters, which was a sight to witness.

Scott Adams and his wife trolled for their age difference

Since then, people have questioned and passed on mean comments about the couple on social media mainly because of the couple’s age difference.

On July 12, 2018, one Twitter user expressed their views on the pair’s relationship, saying that Adams was smart and knew that Basham was with him only for money; however, he would let her be with him because he wanted a young girl in his life.

Similarly, when the comic creator posted a beautiful picture of his wife on Twitter, another Twitter user, on July 8, 2018, replied to the post by writing, “your granddaughter?”

These were just a few instances when the couple was trolled and received disturbing and mean comments. There are so many like these on the internet.

They responded back after getting married

Adams and Basham eventually got married on July 11, 2020, after being in 4 years long relationship. And within a few days after the wedding, the couple fired back at the comments made about their wedding and relationship.

At first, the comic creator took to Twitter to respond back to the haters on July 14, 2020. He sarcastically thanked the “bitter and broken people” who had unkind things to say about his wedding.

He also shared that he and his wife found those unkind comments entertaining.

“Thank you to all the bitter and broken people who had unkind things to say about my wedding. We found it entertaining that so many professional writers could only think of one joke-insult…and it was the same one,” he wrote.

The next day, on July 15, the author’s wife added to her husband’s tweet and addressed bitter comments made on Adams’ wedding dress. She explained that he was going to wear a jacket and tie, but she stopped him from wearing them.

“It was 100 degrees out. Also, the wedding was in my backyard with only my parents, my grandparents and my siblings, because that’s what I wanted,” she further stated.

At last, she talked about their age gap. She wrote, “im over 30. Age gap is irrelevant. I’m a grown WOMAN.”

That response must have surely mummed people who had bitter things to say about the couple.

Before getting married to Basham, Adams was married to Shelly Miles. The former couple tied the knot on a yacht in the San Francisco Bay in July 2006.

The wedding was also the first marriage for the Windham, NY, native, who was 49 years old at that time. However, Miles was getting married for the second time and was 37 years old — and had two children, a 6-year-old son and an 8-year-old daughter, at that time.

But the two could not sustain their marriage, and they divorced in 2014.