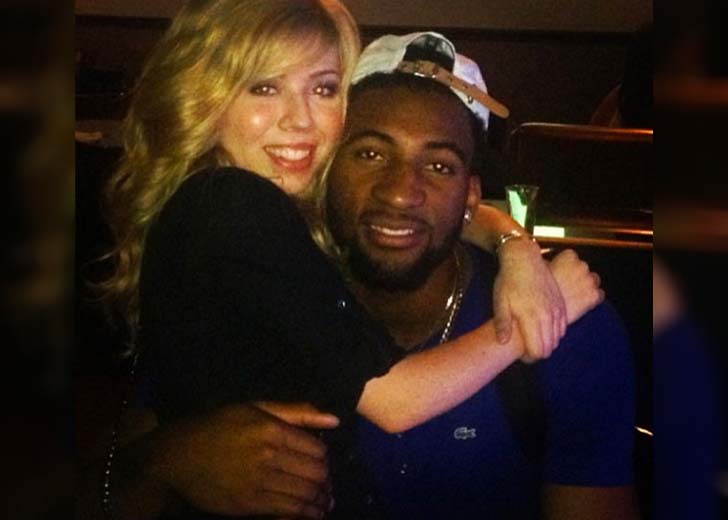 Jennette McCurdy said she dated Andre Drummond even when she wasn’t interested.

Jennette McCurdy came up about her unpleasant and brief romance with Detroit Pistons player Andre Drummond, citing a lack of chemistry as the reason for the breakup in 2013.

After meeting online, the iCarly and Sam and Cat star briefly dated the NBA star Drummond.

Keep reading for more information about their relationship, breakup, and dating history.

Drummond is an NBA player. Following their mutual admiration on social media, the two looked to develop a connection away from the computer screen.

Drummond had been flirting with the Nickelodeon actress online for weeks before she tweeted him in August. On July 17, 2013, he began pursuing her on Instagram with the hashtag #WCW, which stands for “Woman Crush Wednesday.”

In the following weeks, he shared two additional #WCW photos of the young star, and she followed him back on Twitter. “Good meeting you! ;)” she tweeted, to which he replied, “very nice seeing you as well.”

But she confesses to E! News that she wasn’t immediately captivated and did her homework, researching him on Google and Wikipedia and scrolling through his Twitter account to understand the man better.

Later, McCurdy and the NBA star were spotted sharing a romantic night out in Los Angeles and were even holding hands, as per Hollywood Life.

The duo met for the first time on August 30, the same year, and posted their dates on their social sites like Twitter and Instagram. They even traveled to Disneyland together.

On September 2, 2013, iCarly star tweeted, “Beverly Hillsing it with andredrummond,” along with a nice photo of the two.

Jennette McCurdy complaint about the kissing

The actor-player duo didn’t last long, and they split after dating each other briefly. The iCarly star told all about her brief “relationship” with NBA player Drummond on an appearance on Pete Holmes’ podcast You Made It Weird and, according to the actress, the kissing phase, according to McCurdy, “SUCKED.”

McCurdy spoke on the podcast about her affair with Drummond. She didn’t hold back, confessing that she only found out about Drummond after he frequently picked her as his “Woman Crush Wednesday” on Twitter and ultimately consented to speak with him because he “seemed like a big deal.”

She claimed they had several early chats that gave her pause, but she still opted to go on dates with him.

McCurdy claimed that they continued to hang out. He was so taken with her that he purchased her a necklace and dropped down on his knees during a dinner date to ask her to be his girlfriend.

Even though she wasn’t interested, she agreed, so she could call and break up with him a few days later.

“It just didn’t go great … no sparks. The mouths … the shapes weren’t right,” McCurdy says of their first kiss after a laser tag date. Unfortunately, she also claimed that their first kiss was a disaster. “Gross!” she exclaimed.

McCurdy has given up acting since 2021 and currently is an author and writer.