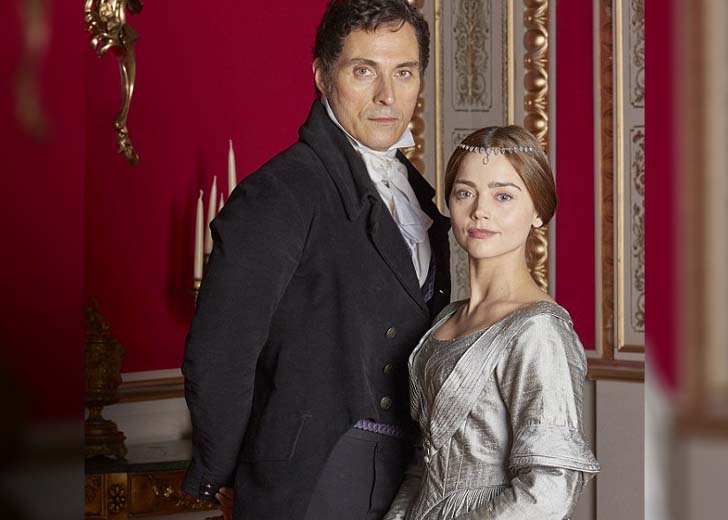 Rufus Sewell is a British film and stage actor known for his role as Jan in Tom Stoppard’s play Rock’ n’ Roll, for which he won Evening Standard Theatre Awards.

On television, he has starred in Middlemarch, Charles II: The Power and the Passion, John Adams, Eleventh Hour, Zen, The Pillars of the Earth, Parade’s End, Victoria, The Man in the High Castle, and many more.

Some of his famous movies are Carrington, Hamlet, Dangerous Beauty, Dark City, A Knight’s Tale, The Legend of Zorro, The Illusionist, Amazing Grace, The Holiday, Paris, je t’aime, Judy, The Father, and Old.

However, fans are interested in the 55-year-old actor’s relationship with his first wife, Yasmin Abdallah, because he hasn’t made many public revelations about it.

She decided to shave her hair short because she was frustrated and impatient to make changes in her life.

“I had this long curly hair and I wasn’t quite the person I was with all the hair. I shaved my hair and felt like I was myself,” the designer mentioned.

She met Sewell, a gorgeous British actor, in a bar two nights later. She claimed, “And my life changed in that moment.”

After only a few months of dating, the soon-to-be-married couple left for the UK, madly in love. She expressed her gratitude and said she was unaware of how much London would influence who she would become.

Abdallah stated, “I am so grateful… I didn’t know that London would be a big part of who I am.”

In the late 1990s, around 1999, the couple were married, but their union didn’t endure as long as his fans had anticipated.

Following year, in 2000, Abdallah and Sewell got divorced, and the reasons behind their separation are still unknown.

Abdallah is a successful businesswoman and a renowned fashion designer from Australia. She is well-known for being the first wife of English actor Sewell.

Before her notoriety, she opened a shop, Yasmin Cho, at the age of 22 on an upper floor of a building on Poland Street in London’s Soho.

However, she ultimately ended up making some poor business mistakes and lost the store, which devastated her.

Later, Abdallah got a job as the fashion director at Style.com. Shortly, Farfetch purchased the company, and she accepted a position there as well.

Her diligence landed her a position as vice president of creative at Farfetch before ending a 25-year hugely successful career in fashion.

She has held some of the most prominent roles in the fashion industry, seeing great success and notorious “failures.”

However, after quitting the most significant role of her career, she has found reinvention in the most unexpected place.

Abdallah currently runs the fragrance business Vyrao, which she founded around last year. The company is famous for its scents, candles, and incense.