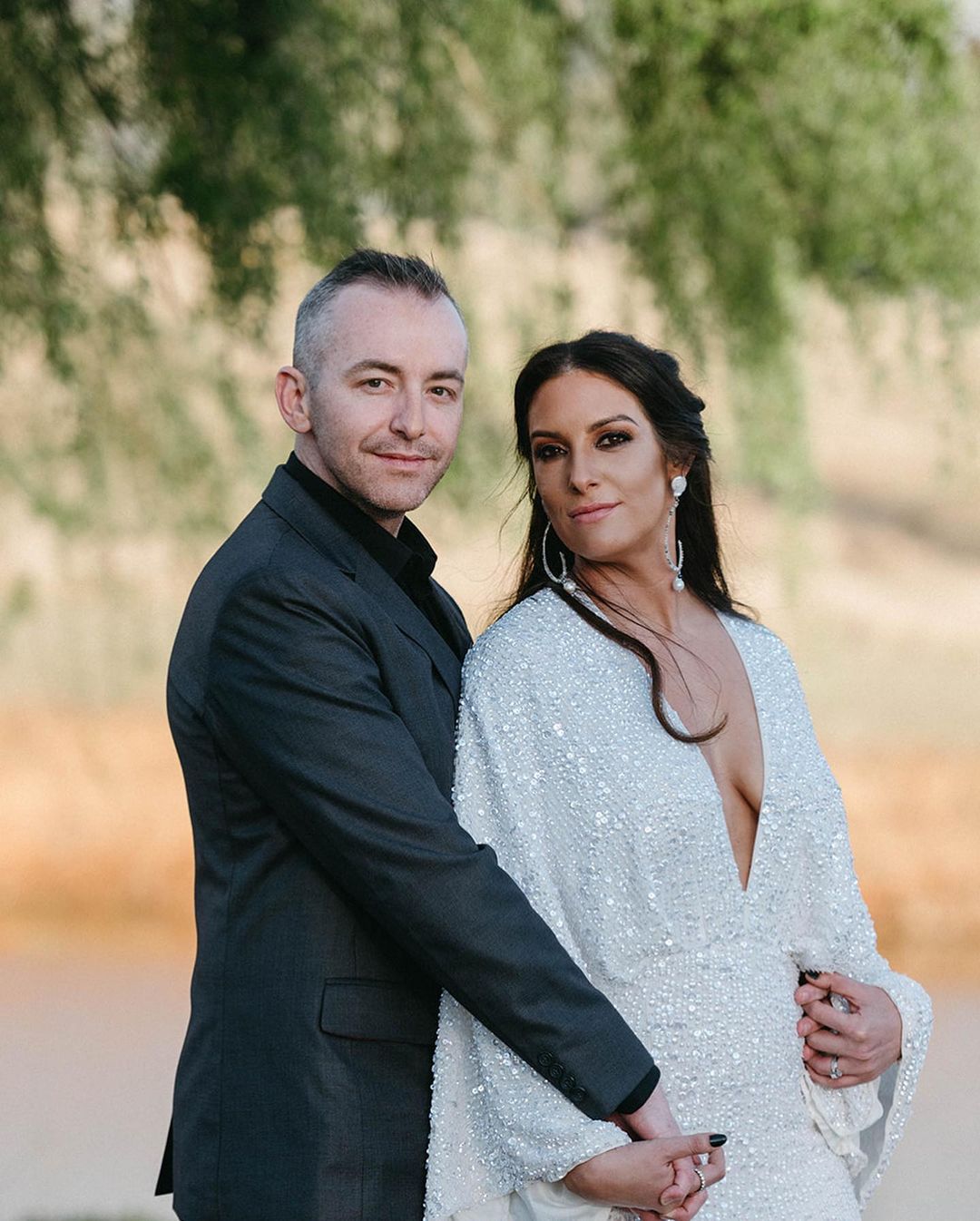 “So it ended up being a random date anyway, but it was still very special and intimate,” Nicole da Silva says of her wedding.

South African radio presenter Nicole da Silva is a happily married woman who tied the knot with the love of her life last year.

A relatively private person, Silva took to her Instagram handle in June 2021 to announce her intimate wedding with her longtime boyfriend, Chris Wingrove.

The famed radio personality first met her future husband, Chris Wingrove, in 2016 at a braai — a special South African feast that can last for hours.

While talking to News24, Silva revealed that she was invited to the braai by one of her close friends from their “campus radio days.” Initially, she didn’t want to go as she was leaving her show at 17:00, but her friend twisted her arm, and Silva eventually went with her friend.

At the braai, she met Wingrove, who was invited by her friend’s husband — who he worked with. “We hit it off and had a bit of banter but didn’t exchange numbers or anything. He sent me an inbox message on Facebook a couple of days later… that I didn’t see for a few weeks,” Silva said.

But, when she saw the message, she replied to it. They went on a date that next weekend and things became serious as time passed. They officially began dating on May 16, 2016, and have been together since then.

Nicole da Silva and Chris Wingrove had an intimate wedding

After being in a relationship for more than three years, the couple decided to take their relationship to the next level. On December 10, 2019, Silva announced her engagement with Wingrove on Instagram.

After getting engaged, they had decided that they would be sharing the wedding vows in 2021, “which in retrospect was a good decision given the pandemic upturning all our lives.”

However, as several unpredictable things were happening during the pandemic, they decided to shift their wedding ahead of their planned schedule. But, as dates were important to the duo, they wanted to tie their wedding anniversary to something special.

“So we chose our 5th dating anniversary to get married.” Sadly, that also didn’t happen, and they had to shift their wedding a couple of weeks later as one of her family members got tested positive for COVID-19.

“So it ended up being a random date anyway, but it was still very special and intimate,” Silva added. On June 7, 2021, the actress announced her wedding to her fiance via a funny Instagram post.

Sharing an insight into her marriage with News24, she said, “We got married in our officiator’s garden with a small group of close friends and family to witness our vows.”

“We then had some bubbles and snacks and went to a gorgeous restaurant called La Cucina Di Ciro for lunch to celebrate afterwards. My mom organised for one of our friends, Morné, to make a ridiculously amazing cake and decorate the table at the restaurant. It was perfect and intimate.”

“I bought my dress online and had it taken in to fit my shape better,” she concluded. Silva had also shared a small clip of her and Wingrove cutting their wedding cake in the Italian restaurant.

Speaking more on her relationship with her partner with News24, she mentioned that there had been several amazing moments with Wingrove over the years. “But I think the overall highlight is knowing that I have someone in my life who loves and supports me in all the ways that really matter.”

“We want what’s best for each of us in our personal lives and for us as a couple. Having a partner that’s fun to be with and an absolute rock of a human being when things aren’t going well is amazing.”

Since the couple’s marriage, Silva has been flaunting multiple pictures from her wedding day on Instagram – the most recent being on January 14, 2022. It seems like the couple is meant for each other.

The radio personality is often confused with an Australian actress who shares the exact same name as hers — Nicole da Silva. Due to that, some regard or get confused between the two.

Furthermore, there is no family or friends connection between the two persons that might link them.