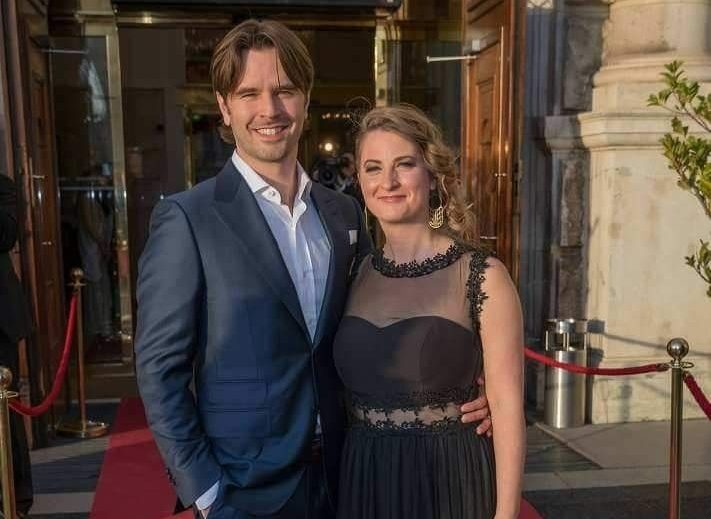 Everything you need to know about Graham Wardle’s low-key personal life.

Their dating timeline and marriage were just as low-key as their marital relationship. Later, when they parted ways for good, the couple remained silent as always and moved on with their respective lives.

Currently, it has been a few years since Graham’s divorce from his now ex-wife Allison. And fans of the Heartland show star are wondering if the actor has moved on from his past life and is dating anyone now.

As of this writing, Wardle’s present relationship status looks to be single.

The actor has remained very quiet about his personal life – like he was in the past – and hasn’t provided any detail on his present love life.

Wardle hasn’t been spotted with any new lady in public, nor has he hinted at a possible new relationship via his social media handle.

On his Instagram and Twitter handle, he mostly shares pictures related to his life, occasional vacations, profession, and other things such as his time with friends and his podcast.

To say, all of that only indicates that he has been living a life of a single person and seems to have diverted all of his focus towards his work only.

Graham and Allison reportedly shared the wedding vows in April 2015 in a private ceremony. However, the news of their marriage wasn’t made public and was only shared after a long time.

The 35-year-old actor mostly kept all of the details about his romantic life with Allison upto himself only. Thus, only a fair share of people might have known those details, including the former duo’s close friends and family.

Nonetheless, Graham made occasional posts on social media featuring his wife and gave some updates without revealing much about his personal life.

However, after 2018, those occasional posts stopped, and the actor deleted those previous posts and pictures shared alongside his wife from his Instagram handle – the ones mentioning Allison on Twitter seem to be still available.

This raised his fans’ curiosity and made them wonder if something had happened between the married couple or has Graham had become more private about his personal life than he was. There also were split rumors, and fans were asking, “Is Graham Wardle still married?”

That question was finally answered in April 2020, when Graham hosted a Facebook Live Session. He also did a small Q&A session, and during that, one fan had asked him how he and his wife were doing during the pandemic.

In reply, he said, “I’m gonna be honest guys, and I have kept my life pretty private for a while now.” As he went on, Graham revealed that he and Allison divorced two years ago, in 2018, and he really wanted to share that news among his well-wishers.

Graham Wardle and Allison Wardle at the CIFF (Photo: Pinterest)

The Mission, British Columbia native actor then added that he preferred to keep the happenings of romantic life just that – personal. He also explained that he was away from social media for a while after his split with Allison.

He took that break to “give some space and then just for privacy” for himself and his ex-wife. In addition, he stated that the pandemic and the quarantine period gave him time to reflect on himself.

He read books, focused on his Time Has Come podcast, as well as made plans for his acting career moving forward. So, to say, the quarantine time helped the actor move forward from his divorce – which seems to have hit him hard.

In the end, he thanked his fans and said that he was grateful to share a part of his life, which he had kept private for so long, among them through that session.

In summary, Graham and Allison got married in 2015 and parted ways just three years later, in 2018. The reason behind their divorce is currently undisclosed. Furthermore, the former couple didn’t have kids while they were married.

Who is Graham Wardle’s ex-wife?

Graham’s ex-wife Allison has managed to keep herself away from the limelight of her ex-husband and lives a low-key life.

As per reports, she was born in America; and holds American nationality. Additionally, she is of Caucasian ethnicity and stands at an average height of 5 feet 2 inches (1.57 meters).

Tips to Turn Your Smartphone into a Gaming Device