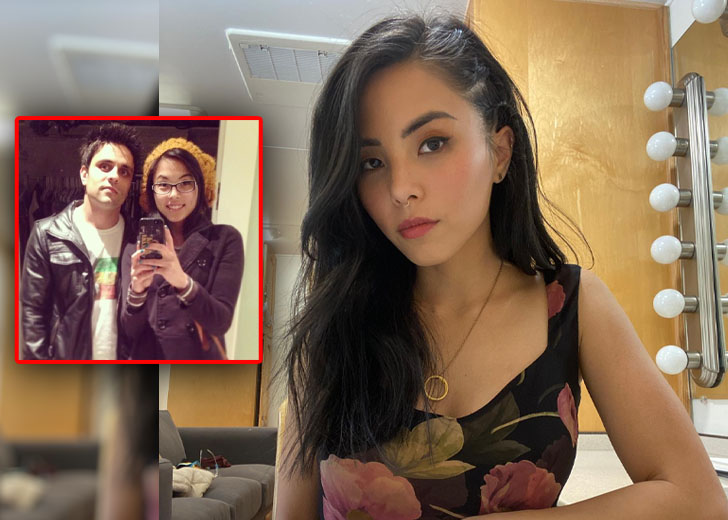 Everything you need to know about Anna Akana’s personal life!

Anna Akana is a person of many talents – she is a YouTuber, actress, writer, producer, director, and more. Her popularity has been growing since she started as a YouTuber and then slowly stepped into the entertainment industry.

And while she is known for her talents now, she initially – around the starting phase of her YouTube career – got fame for her former relationship with a fellow YouTuber named Ray William Johnson.

At that time, Johnson was probably one of the most subscribed and watched YouTubers, with his channel garnering over 10 million subscribers and 2 billion views.

Here is a detailed look at Akana’s relationship with Johnson, her relationships after that, coming out as bisexual, and more!

Anna Akana and Ray William Johnson dated for over a year

Akana and Johnson first knew each other around 2011 through YouTube. They initially remained good friends and worked on various projects together for their respective YouTube channels and more.

They turned their friendship into a relationship and began dating around March 2013. Their togetherness as a couple got confirmed when they released a BreakingNYC vlog in which they shared a kiss while they were in Vegas.

However, their togetherness wasn’t meant to last forever as they parted ways a little over a year after dating each other. On July 11, 2014, Akana uploaded a YouTube video in which she opened up about her breakup with Johnson.

At the start, she mentioned – jokingly – that she is a “serial monogamist” who has been getting in and out of several relationships for the past decade and had never been single for over three months.

Explaining more on that, she said that she did so hoping to find the right partner who would put a ring on her finger and settle down with her forever. Then, at last, she started to talk about her broken relationship with Johnson.

She said, “Look, Ray is a great person. I love him very much, and I’m always going to respect him. And he gave me Congress [her pet cat], so, we are cool. But, as amazing as he is, and as amazing as I’d like to think I am, we didn’t work out.”

Furthermore, she closed the video saying that she has made up her mind to stay away from relationships for the next year and focus more on her career.

Although she mentioned that she would be single for the next year, in 2014, reports emerged that she was in a relationship with actor and producer Brad Gage.

Akana often featured her then-boyfriend on her social media handles and YouTube channel. But, after three years of togetherness, in 2017, it was reported that they walked down their own ways.

After her relationship with Gage, she started dating American rapper George Watsky in 2017. Like last time, she used to flaunt pictures with her boyfriend.

Besides, in her interview with The Times, she reportedly called him “the one” of her life. Sadly for her, that relationship also didn’t work out as the now-former duo parted ways just one year later in 2018.

Anna Akana came out as bisexual in 2018

Akana first came out among her parents in September 2018 when she won an award at the 2018 Buffer Festival. She then engraved the words “Hi, I’m Bi” on her Buffer Festival award, took a picture with it, and sent it to her parents – while being drunk.

“I figured it’s easier news for Asian parents to stomach if it’s engraved on an award,” she jokingly said on her YouTube video.

In the same video, she also added screenshots of the text messages from her parents after she came out to them. And they seemed to be not bothered.

And although she revealed her sexuality to her parents, she never had the slightest idea of coming out publicly. But she did that too just a month later.

On the 8th Streamy Awards, October 22, 2018, she won a Streamy Award for best acting in a drama for her performance in the YouTube Premium show Youth & Consequences. At that time, Akana was a little bit drunk.

“I’m not only a woman of color, but I’m also a queer woman. Please get out to the polls and vote,” she further added, revealing her sexuality among the public.

One month later, she uploaded the above-mentioned YouTube video in which she talked about all of these things. She first said, “I never felt like I could fully own my label as a bisexual for a bunch of reasons.”

Akana recalled that when she was around 11 or 12, she had a crush on a girl, and when she told that to one of her friends, that friend told her [Akana] that she was just “trying to be interesting.” She then added that she was more often attracted to men than women.

Later, she stated that she fully realized and embraced her sexuality – that she is bisexual – after talking to some amazing queer women and “being physically with two women at the same time.”

Anna Akana had gone through an abortion

Akana seems to have gone through quite a lot of ups and downs regarding her personal life. And one of that downs was when she went through an abortion.

In May 2019, the actress revealed via Instagram that she had an abortion nine years ago – around early 2010. And that decision was one of the best she ever made.

In her text-only Instagram post, she had written, “I had an abortion 9 years ago. I was young, naive, and with a guy who cheated on me all the time. It is, to this day, one of the best decisions I made.”

She added that she was in “NO WAY” ready for motherhood and that no one should be forced into a situation as serious as pregnancy.

In the caption of her post, she further wrote, “Abortion is healthcare. What’s happening right now is terrifying and maddening. This is why voting matters. No matter where you stand on abortion, no matter what your feelings are on it, someone’s autonomy over their own body is MORE IMPORTANT.”

“Everyone being able to make informed decisions about their own body is more important than your beliefs,” she added.

Canadian actor Simu Liu was one of many who praised Akana for talking about the topic as he applauded her courage and thanked her for sharing her experience.

As of now, it’s unknown who she was dating around that time, and Akana hasn’t disclosed anything about who got her pregnant.

Akana’s present relationship status remains unknown for now. She has been quite private about her personal life in recent times.

Due to that, it couldn’t be said if she is in a relationship with a boyfriend or a girlfriend. Nonetheless, it has been rumored that she is dating writer and director Maggie Levin.

The rumored couple has a great bond and often appears on each other’s Instagram handles. Besides, Akana had even shared a cute post on the occasion of Levin’s birthday, on March 6, 2021.

“I love you so much. Thank you for being a kind voice of reason, a dream creative partner, and a catchphrase generator. I could not be more lucky to have you,” she wrote in one part of the caption.

However, as nothing has been confirmed about their togetherness, it couldn’t be said that they are officially a couple in a relationship.

Aitch and Amelia Dimoldenberg Confirm They're Dating — Are They Engaged Too?