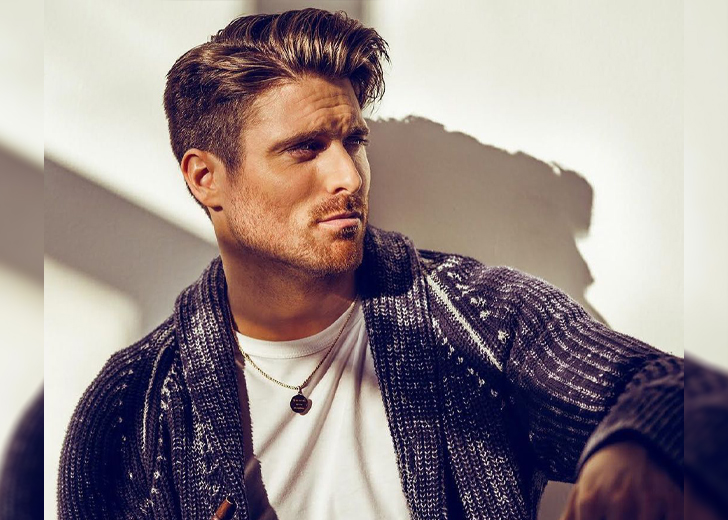 Marcus Rosner is a Canadian actor who has made a name for himself in the entertainment industry through her amazing performances in numerous movies and TV shows.

As a public figure, most of the professional works of Rosner are easily available to the general public and the media. However, the actor has successfully managed to keep his personal life out of the sights of people.

As a result, people are very much eager to learn the details of his love life and get to know if he is married to a wife or is dating a girlfriend.

Rosner Is Currently Engaged to His Girlfriend

Those who were wondering if the Canadian actor is married to a wife or not can be relieved to know that he is yet to share the wedding vows. However, he is going to settle down soon enough as he is already engaged to his long-time girlfriend.

Yes, you heard that correctly. On January 1, 2020, Rosner took to his Instagram handle to announce that he got engaged a day before on the 2020 New Years’ Eve.

He had shared a black and white picture of him holding his girlfriend’s hand. In her ring finger, a big shining diamond engagement ring was clearly seen. In the caption, Rosner said, “In the midst of a life well-lived. #aboutlastnight #nye2020.”

On the same day, he posted a small clip from their New Years’ Eve party following his proposal. The next day, he shared another picture of him on his knees while he was about to propose to his soon-to-be wife.

The engaged duo began dating around early or mid-2017. Since then, they have always been together. However, Rosner has never mentioned his partner’s name in the media or in his social media handles.

Due to that, there is no whereabouts about who Rosner’s fiance is. Furthermore, whenever he shares a picture alongside her, he usually hides her face using emojis or stickers.

The Engaged Duo Are Planning a New Years’ Eve Marriage

The Campbell River, British Columbia native and his girlfriend are having some of the best moments of their life. And, it seems as if they have already made up their mind to walk down the aisle almost a year after being engaged.

In the past couple of months, the actor had been constantly sharing clips of his and his fiance’s vacation in Guatemala. In those clips, they could be seen visiting different places in Guatemala and relishing their time together.

Although it seems the two were just on a vacation, but as it turns out they were actually planning for their wedding. On an Instagram post of July 6, 2021, Rosner himself mentioned that he and his fiance spent the entire month of June in Guatemala planning their New Years’ Eve wedding.

The 32-year-old actor had shared a total of 7 clips in which the duo was seen paying visits to different places. In the seventh and last post, he revealed the wedding planning team for his special day, I Do, Guatemala.

Well, going by that, it clearly looks like Rosner and his mysterious fiance have already chosen a place and date for the best moment of their lives. The place will be Guatemala and the date might be 2022 New Years’ Eve.

We wish the soon-to-be-married couple nothing but the absolute best. Perhaps, the actor might reveal the identity of his future wife after the wedding.