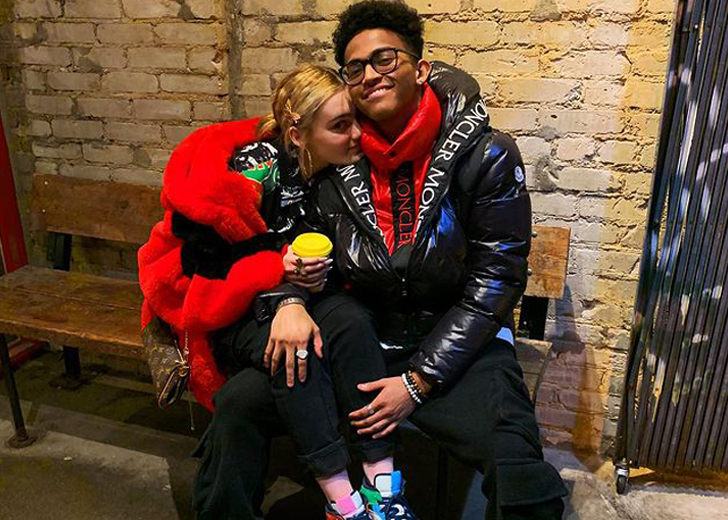 Donnelly has managed to impress the audience in just a short period and is living in their hearts. But, what the public wants to know is who lives in her heart.

Well, the New York City native is currently in a relationship with Noah Zulfikar.

Who Is Noah Zulfikar?

Zulfikar is an aspiring actor who came into the limelight for his TV series, The Next Step (2017-20). In it, he played the role of Kingston.

He is also a talented dancer who has taken training in different dance styles like Hip Hop, Ballet, Contemporary, Musical Theatre, Jazz, and Tap.

Born in 2000, Zulfikar celebrates his birthday on January 11 every year. He hails from the suburbs of Mississauga, Ontario, Canada. His mother’s name is Erlyn Zulfikar, and his older sister’s name is Shaila Zulfikar.

On May 15, 2021, the Canadian Dance Company alumni lost his dearest father. The same day, he shared a series of pictures of him and his father while remembering him.

The two fellow actors reportedly first met in 2019 at the sets of the 2020 movie Z-O-M-B-I-E-S 2. They got along in no matter of time and eventually began dating.

Finally, on August 18 of that year, Donnelly made her relationship with Zulfikar public as she posted a cute picture alongside him and captioned it with a heart emoji.

Since then, both of them have been quite public with their togetherness and occasionally post pictures alongside each other. They also take their time out to wish each other on their birthdays.

Both of them have always shown love and affection towards each other, as evident by the pictures they share and the captions they add. Well, it can only mean that their bond has become stronger as they spent more time with each other.

Donnelly Was Rumored To Be Dating Milo Manheim

The rumors began after the public saw the chemistry between the two stars in the Z-O-M-B-I-E-S movie series. The talks were further fueled when they started hanging out with each other more often.

The stars’ fans were eager to know if they were together or not. However, none of them confirmed that they were dating. Besides, they always treated each other like best friends only.

Later, all of the hopes of seeing Donnelly and Manheim together broke when it was revealed that Donnelly was in a relationship with Zulfikar.