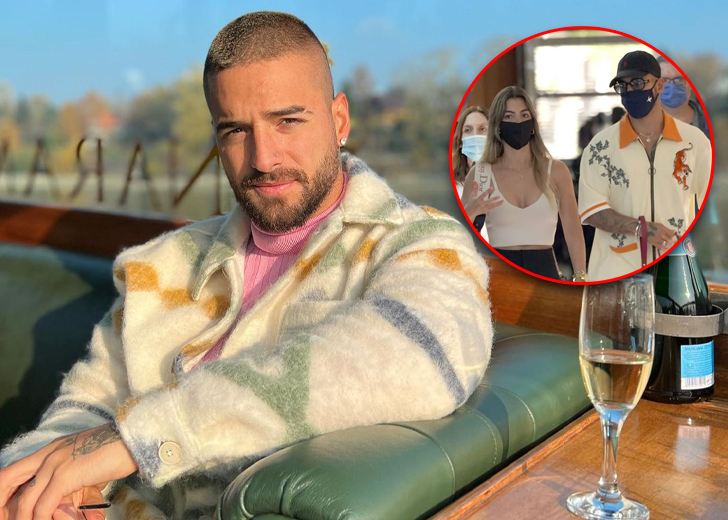 Juan Luis Londoño Arias, popularly known as Maluma, has been reported to be in a low-key relationship with his new girlfriend, Susana Gomez.

Reports of the Colombian singer being together with Gomez started after they were spotted together multiple times since early 2020.

Although nothing has been confirmed by them to date, the relationship was unofficially confirmed when they were caught locking lips and holding hands during their outings in Los Angeles and New York in August 2020.

The couple was also seen together during the celebration of the release of Maluma’s album, Papi Juancho, alongside the singer’s friends and family.

In April 2021, Maluma and Gomez were seen together, walking around the streets of Miami and shopping in stores, with the singer’s dog by their side.

As stated earlier – despite all the talks going around, neither the singer nor his reported girlfriend has given any comment on their relationship. It seems like the public has to wait for more time to get an official confirmation.

Maluma’s new partner is not a famous celebrity or supermodel, instead, she is an architect who hails from the same part as the singer, Antioquia. Gomez is the owner of an interior design company called Ese+Ese, which means “that plus that.”

As per reports from Ahora Mismo, her aesthetic includes “a lot of light colors, natural textiles, and blonde wood finishes.”

In addition, the outlet has also reported that Gomez was previously a married woman. They say, “One of the reasons for why the relationship did not turn romantic until this year is that Susana was a married woman. It’s unclear whether the marriage came apart because of Maluma or if she simply started going out with him once she was single again.”

Besides these details, no other information is available about her. The reason might be that Gomez could not be found on any social media platforms yet.

The Medellín, Colombia native has been in a few notable relationships in the past. Before he started seeing Gomez, Maluma was dating a Cuban-Croatian model named Natalia Barulich.

The former couple first met each other in 2017 during the filming of the singer’s video, Felices los 4. Their chemistry worked out and they began dating.

Their relationship was made official by Maluma in 2018, during one of his interviews. Following that, the two began to share pictures alongside each other via their respective Instagram handles.

Soon, their relationship became one of the hot topics followed by the media. However, they were not meant to be together forever. In October 2019, news broke out that Maluma and Barulich had broken up.

Following his split with the model, the singer was seeing a Russian model named Vivien Rubin, as per DailyMail in March 2020. Maluma was photographed holding Rubin’s hands and wrapping his arm around her in Greece.

But, it seems like their relationship also didn’t work out as reports of Maluma seeing his current partner, Susana Gomez, broke out in August 2020.