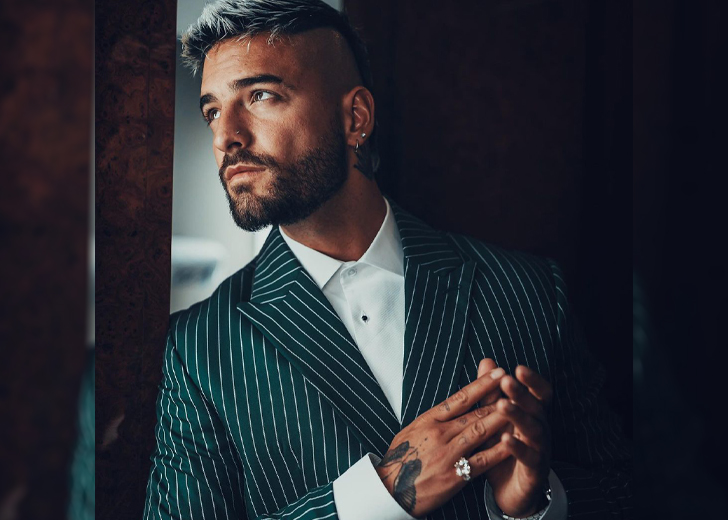 Fans of the renowned Colombian singer Maluma has had talked multiple times about his sexuality and wondered if he is gay.

This topic was again risen when the 27-year-old singer attended the MTV Europe Music Awards in November 2021, fully dressed up in Black Leather Ensemble.

“Maluma provides a service to his gay male fans at the MTV EMAs,” wrote the outlet Tom and Lorenzo while reporting the news on November 15, 2021. As a result, people began questioning Maluma’s sexual orientation.

However, the topic of Maluma’s sexuality isn’t new as the singer has faced them several times in the past too.

One of the first times the rumors of Maluma being gay arise in late 2016 when the singer collaborated with the Puerto Rican singer, Ricky Martin, to release their party track titled Vente Pa’Ca.

Following the release of the song, speculations began that the two fellow singers were seeing each other romantically. The talks were so high that they reached the ears of Maluma himself.

To put those rumors to rest, the singer decided to address them during his interview with the Miami radio station “El vacilon de la Gatita” in December 2016.

Maluma immediately denied the rumors of being gay and dating Martin. He said, “I am not gay; I don’t have a relationship with Ricky Martin.” Additionally, he went on to mention that he loves women. His words were, “I love women.”

Continuing his statement, he stated that he has a great deal of respect towards the LGBT community, but the people should rather focus and enjoy his music and not who he is romantically involved with.

Around the same time, Martin was asked if he has anything to say on the topic. In reply, he just laughed off the speculations as he was dating his present wife, a Swedish artist named Jwan Yosef, at that time.

After Maluma and Martin addressed the topic, it became clear that neither they were romantically involved with each other nor they were gay.

However, the topic once again arise in 2020 during Maluma’s Instagram live Q&A session. During the session, one fan asked the singer if he was gay or not.

The Medellín, Colombia native took the stage to make things straight once and for all. He first said, “People are stupid, aren’t they? Yes, that is, how can they say I’m gay?”

He then mentioned that if he was gay, then he would have already spoken about it and come out. Afterward, the singer defended himself as he jokingly said, “The one who said that I am gay, lend me your girlfriend to see how gay I am.”

Well, if all of those statements by Maluma himself still don’t clear your doubts on his sexuality, then the fact that he has been in a relationship with women might. Besides, he is presently reported to be dating a fellow Colombian girl named Susana Gomez.