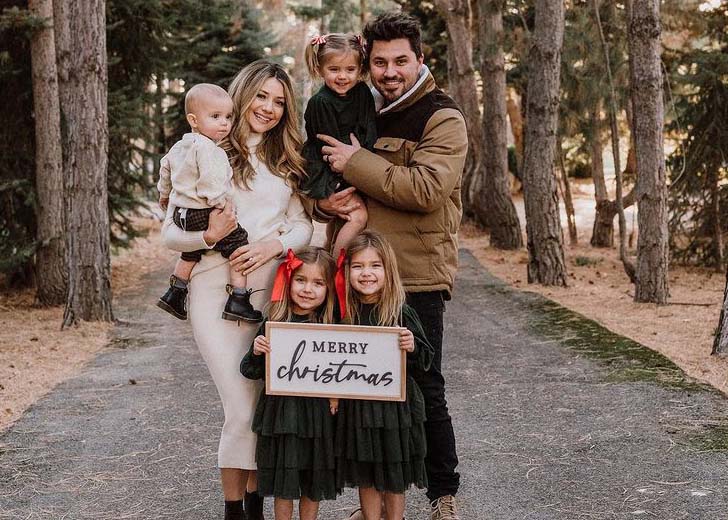 Actress and YouTuber Madison Nicole Fisher, commonly known as Madison Fisher, has been relishing a happy life along with her longtime husband and their children.

Together, the Fisher couple runs a family channel on YouTube, The Fishfam, that has garnered over 4.37 million subscribers and 949 million views. The content on the channel is mostly related to the lives of the Fisher family.

Fisher, whose maiden name is Bontempo, has been married to her singer-YouTuber husband Kyler Steven Fisher, Kyler Fisher in short, for more than eight years.

They first met each other in the early 2010s and dated for a while. When Madison was 20 years of age, around 2012, Kyler proposed to her, and they got engaged.

After being engaged for over a year, the duo decided to make things permanent. On April 21, 2013, Madison and Kyler shared their wedding vows in front of friends and family.

Since then, the two have been enjoying their marital life. Three years after their wedding, they created their family YouTube channel, where they began to share videos about their day-to-day life and others.

They are quite open about their marital relationship and could be seen sharing details via their YouTube channel or social media handles. On this year’s April 21, they celebrated their 8th wedding anniversary.

The pair took a short trip to Tulum, Mexico, to celebrate the special occasion. Both of them shared some snaps from that trip via Instagram and wished each other on completing eight years of togetherness.

Madison had shared a cute selfie with her husband. Similarly, Kyler posted a picture with his wife from when they were swimming in a pool, with a caption that read, “8 years married to this little fox! I wouldn’t have it any other way!”

Going by all of those adorable couple moments they have been flaunting regularly, it seems fit to assume that they have been enjoying each other’s company since they met, and it will continue to be so.

Madison Nicole Fisher Is Soon to Be a Mother of Five

The married couple has not only been relishing each other’s companionship but also the lovely presence of four children, with one more on the way.

Madison and her husband first got blessed with twin daughters, Taytum and Oakley Fisher, on June 23, 2016. Almost three years later, on March 6, 2019, they welcomed another baby girl named Halston Blake Fisher into their family.

Madison Fisher with her husband and kids. (Photo: Instagram)

After the birth of their fourth child, many believed the couple would settle down with a family of six. But, it seems like that wasn’t in their plan. While recapping what she did in her 20s, in an Instagram post of September 29, 2021, Madison revealed that she is pregnant once again.

In one part of that post’s caption, she had written that she feels so blessed and “cannot wait to meet the last little baby, the final edition of our family in April.” “The Fisher Family is now a family of 7,” she concluded.

Going by that, it is clear that the due date of the duo’s 5th child, a boy, is April 2022, and this addition to the Fisher family might be the last one. Well, congratulations to Madison and her husband, and we wish them nothing but the best.