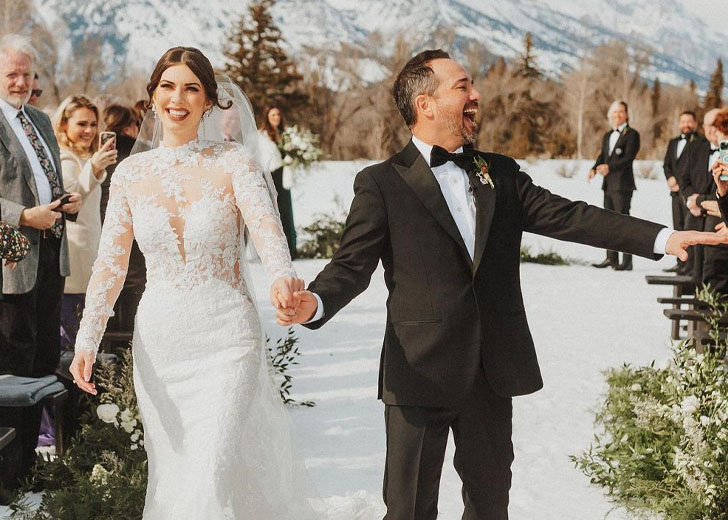 Everything about Jenny Tolman and Dave Brainard’s relationship!

Jenny Tolman realized she was in love with her now-husband Dave Brainard upon hearing the news of a shocking attack on him.

However, at that time, both of them had just met each other and became good friends. The incident happened in September 2015, when the Grammy-nominated producer and his friend were in the streets of Nashville.

Some unknown people came up, brutally attacked, and left them to die. They were fortunate enough to reach the hospital. But, as People reports, Brainard had multiple facial lacerations, a mouth full of shattered teeth, and a broken jaw.

Soon, the news reached out to Tolman. “When you hear that sort of news about someone, it solidifies everything you feel for that person,” the country music singer recalled when she received the news to People.

“It was a moment of epiphany for me. It was like, ‘Oh my God, I am in love with this person, and someone has hurt him, and I need to be with him.’ That’s when I realized that he wasn’t just a good friend. He was my person.”

Jenny Tolman and Dave Brainard met at a writer’s round

Tolman and Brainard’s story started just eight months before Brainard’s shocking incident. They were at Nashville’s Dawg House Saloon in January 2015, where a writer’s round was being held.

The country singer was playing there that night despite not being old enough to be there – she was 19-year-old. Similarly, she had just ended her “extremely abusive and dangerous relationship.”

When Brainard heard Tolman singing, he liked it and told her that he liked her voice and asked if they could write something together. “At first, I thought he was a creeper. I mean, there is a 20-year age gap between us,” she said in the same interview with People.

However, they ultimately met again and started to connect. Tolman stated that everything lined up between them and their conversation, both spiritually and morally. They talked about many things that one doesn’t discuss in a professional relationship.

They also wrote a song together and used to spend the weekends doing things like recording demos for the songs they wrote over the week. But, things changed after the attack on Brainard as the producer also began to have new-developed feelings for Tolman.

After the attack, Tolman wrote him two songs — Brainard was still in the hospital. “I remember that he sent me a text message basically saying, ‘This is so beautiful’ and ‘Gosh, you are so beautiful.’ That’s a text I hung onto.”

Finally, on January 16, 2016, they expressed their feelings to each other. The two had gone on dinner on a snowy night in Nashville. After dinner, they changed the plans to go to a bar as Tolman wasn’t 21 yet. So, they decided to go on a drive.

“So, we were driving, and he was like, ‘Please know that this was never my intention, and I don’t know how this happened, but I think I am in love with you,’ and I said, ‘I’m in love with you,'” she recalled that moment.

After expressing their true feelings, they went back to Brainard’s apartment, and since then, they have never left each other’s side and have always been together.

Jenny Tolman and Dave Brainard got engaged in 2020

After being together for more than four years, Brainard believed it was time to take his relationship with Tolman to a new level. On October 28, 2020, the couple went on a hike to Jackson Hole, Wyoming.

While they were on the edge of Jenny Lake in the Grand Teton National Park, the producer went down on one knee, took out an engagement ring, and proposed to the country singer. She said yes, and they got engaged.

“We came upon this opening right at the base of the Grand Tetons and the edge of Jenny Lake, and it was just so beautiful,” Tolman said.

And as luck had it, a professional photographer was also on a hike. He saw the proposal and started to take pictures of the couple. “It was such a dream,” she said of that moment.

In May 2021, Tolman revealed to People that she and her now-husband were planning a March 2022 wedding at the same place they got engaged, in Jackson Hole. In addition, she said that an album would come in 2022.

“Gratitude is my big thing, and I am so thankful for Dave and the man he is. And while it’s a terrible thing that happened to him, I’m grateful that it was that moment that taught me the lessons I needed to learn,” she added.

Sticking to their plan, they shared the wedding vows on March 19, 2022, in a snowy outdoor wedding in Jackson, Wyoming.

Jenny Tolman and her husband, Dave Brainard, at their wedding (Photo: Instagram)

“The sun was out, and there were no clouds covering the Tetons. The day before, it snowed in Jackson, so we had a beautiful fresh layer of snow. It was the most perfect weather you could ask for!”

“Perfect is an understatement. From the very first kiss, it was obvious to me that we were inseparable,” Brainard said in an exclusive interview with People after his wedding.

The newly married couple looked absolutely stunning in their wedding dress, and the glorious Teton Range served as the perfect backdrop for the two as they posed for wedding photographs.

Tolman and Brainard are currently enjoying their honeymoon in the lovely places of Costa Rica. We wish the couple nothing but the absolute best in the new stage of their relationship.

The Impact of Adele's Concert Cancelation