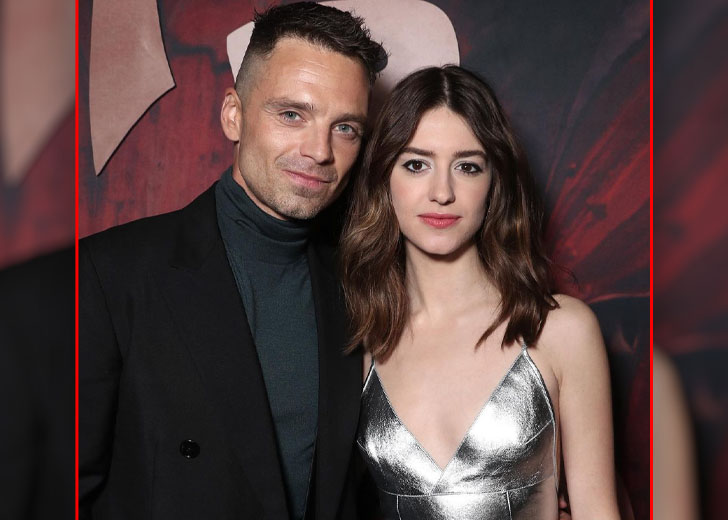 Back in March 2021, the 22-year-old actress Daisy Edgar-Jones and 38-year-old star Sebastian Stan were spotted together, looking significantly at ease in each other’s company as they clicked photos and had a glass of wine.

According to Dailymail, the two displayed “very friendly” chemistry before proceeding to a restaurant. Later, they were seen going along the street before stopping to let Jones photograph Stan as he posed for a picture.

Stan was also seen dropping a bouquet at Jones’ apartment a week before the mentioned event — and that was just before the Golden Globe Awards in 2021.

He reportedly brought flowers for Jones to cheer her up as she was nominated for Best Actress in a Limited Series for her portrayal in Normal People but lost to Anya Taylor-Joy from Queen’s Gambit.

The events were not limited to all that. The very same month, the British actress was spotted filming intense kissing sequences with the Romanian-born hunk as well.

They used to spend a lot of time together and posted many pictures together on Instagram, which eventually made fans more assured that the duo was dating. Those outings and posts brought dating rumors, but it seems they are more of friends and co-stars than boyfriend and girlfriend.

Therefore, it is evident that Jones is single and not dating anyone. She has been seen prioritizing her career at the moment.

Jones and Stan will be featured together in Fresh (2022 film), directed by Mimi Cave, based on Lauryn Kahn’s script. This is the same film, which they were filming in 2021, and the pictures from the set fueled dating rumors.

Fresh is an upcoming social thriller about which little is known because the studio is presently keeping story information under wraps.

Daisy Edgar-Jones Dated Tom Varey in the Past

The English actress was dating Tom Varey in 2018. They both met on the set of the film Pond Life.

The duo were in love with each other and were proud of each other’s professional growth. However, Jones and Varey called it quits in late 2020 after they both decided it was better to focus on their careers.

Furthermore, Jones and Varey are reported to stay on good terms despite their breakup, with “no hard feelings” between them.

Daisy and Tom dated for two years and first became a couple after meeting on the set of the film Pond Life in 2018.

A source told The Sun, that the duo got on exceptionally well during the lockdown in 2020. They were close and highly in love with one another; however, they were both young and passionate about their professions, and focusing on a career is more important at such a youthful phase.

Both Jones and Varey were disappointed that their relationship didn’t work out well, but they are still good friends and hold no grudges for one another.

Recently, Jones has been focused on her career and has been flooded with various opportunities and movies. The same is the case with Varey. They both have moved on gracefully and kept their love life a secret right now.