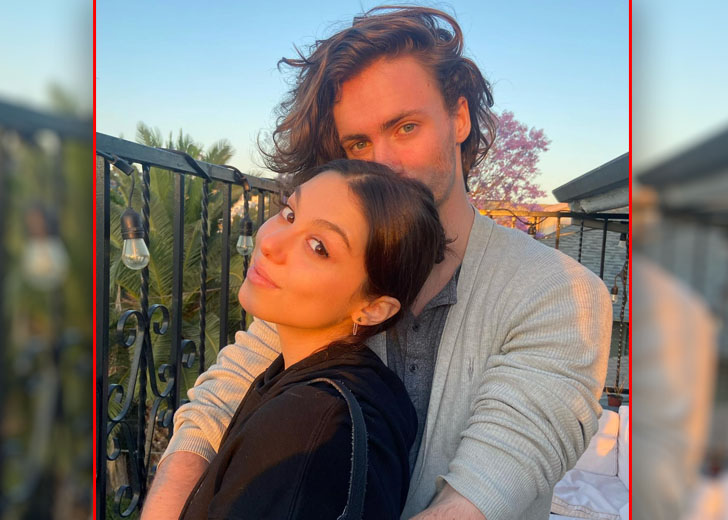 “My love, never in this lifetime did I think I’d get to encounter a human like you, let alone be so lucky as to make him my partner in this world,” Kira Kosarin writes about her boyfriend.

Kosarin has been dating her boyfriend, British restauranter Max Chester, since July 2020, and the couple recently celebrated their first anniversary on July 18, 2021.

The Thundermans actress can’t stop writing about her time with Max. Therefore, the romance between these two attractive people appears to be escalating swiftly.

Kosarin and Chester’s love story blossomed even more after the COVID-19 outbreak in the United States.

While Kosarin routinely shares photos with her boyfriend, she first referred to Max as her boyfriend on Instagram on August 19, 2020.

She uploaded several photos that captured romantic moments that the two had shared in the past month.

The actress will be hard-pressed to find a photograph in which she does not reveal her ever-growing affection for the singer.

She declared in the caption that she had been dating Chester for one month and had already had a lot of unforgettable moments together.

However, their bond grew stronger when the pandemic reached its apex in Los Angeles in late 2020. At the time, despite their precautionary isolation, they were infected with the virus.

Kira Kosarin and Her Boyfriend Were Affected by COVID

Kosarin wrote a gratitude message for her lover in late December, recalling how attentive and compassionate he had been when she was battling the potentially fatal virus.

On December 21, 2020, the actress stated that she had been fighting COVID-19 for a few weeks. She added that she would wait for her health to improve before informing her admirers.

“LA is the most infected city right now,” she continued, “and I managed to catch the virus despite being diligent and cautious for the past 9 months.”

Her symptoms, thankfully, were not severe. However, in her opinion, the most difficult part of the experience was the lack of taste and smell, which proved to be far more disorienting and depressing than she had expected.

She also shared a photo of her partner and a video loop of him consoling her pouting face on the same day. She requested a shout-out to her “angel” of an asymptomatic partner, who took care of her while battling the infection’s severe symptoms.

She wrote, “I’d gladly be stuck in a one-bedroom apartment for 14-days with you any time,” with a heart emoji, adding the most difficult days were immensely better with him by her side.

The couple has kept their followers up to date on their romance with regular Instagram photos, celebrating everyday antics and significant occasions.

The singer’s first-anniversary post, which she released on July 17, 2021, deserves special attention.

The carousel of photos started with Chester posing with a gorgeous smile and continued with frame after frame of moments that could easily pass for a couple of goals for the rest of us.

Kosarin complemented the photo with a sweet statement in which she expressed her thankfulness for having a boyfriend like Chester.

Now, they are close to celebrating their second dating anniversary, and fans cannot wait to see another heartwarming post.