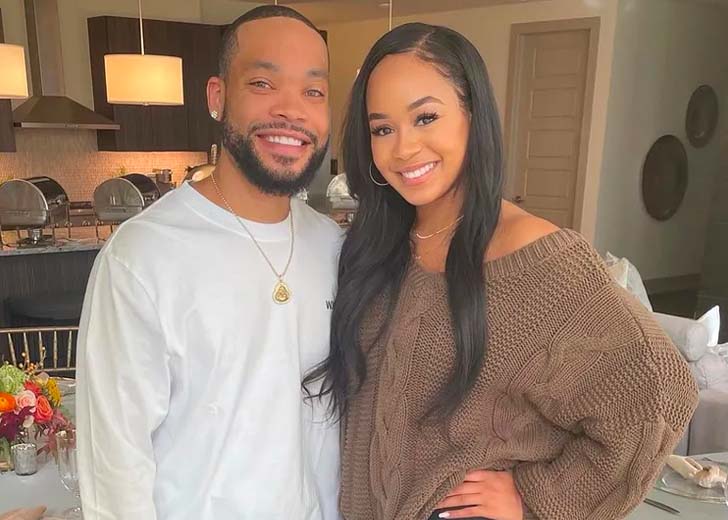 Eric Murphy and his girlfriend Jasmin Lawrence have been in a relationship since before June 2021, but the actual date is unknown.

Murphy is best known as the eldest son of Award-winning actor Eddie Murphy. However, that is not the only way he is known. He has followed in his father’s footsteps and become a rapper and voice artist, offering his voice to various characters in the animated series.

Likewise, Lawrence is the oldest daughter of actor and comedian Martin Lawrence. She is well-known for her roles in Family Time and Bad Boys for Life.

She made her television debut on E! Entertainment’s reality show Relatively Famous: Ranch Rules in January 2022. The show follows the lives of eight celebrity offspring who come together to live and work as ranch hands in Steamboat Springs, Colorado.

Here’s all you need to know about Martin Lawrence’s daughter and Eddie Murphy’s son’s love story, from how they met to what their fathers think about their relationship.

Eric Murphy and Jasmine Lawrence met through her uncle

Murphy and Lawrence shot to fame last July when he made an official declaration about their relationship.

While one may assume the actors’ comical fathers introduced them, Jasmin clarified that this was not the case.

During an interview with InTouch Weekly, Lawrence shared how the pair met. She said that it was her uncle who introduced them. “My uncle actually introduced us. It wasn’t even our dads,” she said in the interview.

Murphy and Lawrence’s relationship wasn’t known to the public until the rapper shared a picture of them on his Instagram on June 24, 2021.

Following her boyfriend, Jasmine utilized his birthday as an opportunity to share a cute picture of the couple to showcase their romance on July 10 last year.

“Happy birthday, my love! I’m so incredibly blessed to know you, to love you, and to have you by my side,” she captioned a cute photo together.

Since going public, the couple has shared many Instagram photos about one other, including sweet birthday tributes.

Martin Lawrence and Eddy Murphy are supportive of their kids’ relationship

Martin opened up to Jimmy Kimmel on his talk show Jimmy Kimmel Live! about his daughter’s relationship with Eddie’s kid.

He admitted that he and Eddie “haven’t talked about” their children’s relationship and “just kind of keep out of their business and let them do their own thing.”

He also confessed that he is prepared to put aside the traditions to have the groom’s father handle their possible wedding, jokingly to Kimmel, “I’m gonna try to get Eddie to pay for it.”

There is no evidence that the pair are getting married soon because they have not shared anything with the public. Still, it’s comforting to know that Martin and Eddie value their children’s bond.