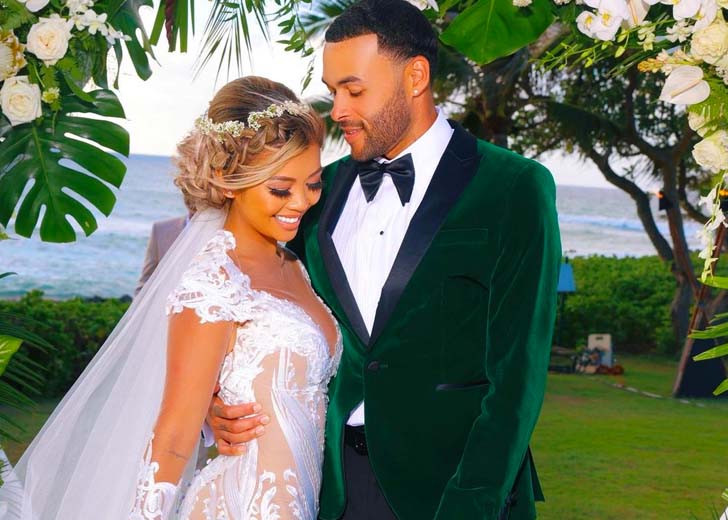 Don Benjamin is an American model and actor who became famous after his appearance in the 20th season of America’s Next Top Model.

In 2014, Benjamin made his acting debut in an episode of One Ten. Later, he landed the role in the first season of Scared Famous, a horror reality series.

Benjamin is also a musical artist and began his musical career in 2012 with the song ‘Across the Sky.’ He worked with pop star Ariana Grande in the music video for her single ‘Into You’ in 2016.

On August 25, 2022, Benjamin and his wife, Liane V, announced that they were welcoming their first child together.

In order to inform more fans, she also shared the news on her second account, the joint account of her and Benjamin, under the handle @wearethebenjamins.

The post contained two pictures of them, the first one was Liane V showing her beautiful belly bump sitting on Benjamin’s lap, and the second photo was the soon-to-be-dad kissing the belly bump of his wife.

There are numerous “congratulations” in the Instagram post where she announced her pregnancy. A follower of the couple wrote, “The moment we have all been waiting for,” while another fan commented, “He/she finna be a beautiful baby.”

Famous Instagram personalities like Melissa Molinaro, Aliya Janeel Brinson, Jay Shetty, and many others took their time to congratulate the pair.

Zena Foster wrote, “I am so happy for y’all OMG what a blessing.”

A former participant of America’s Next Top Model, Benjamin proposed to Liane V not only once but twice before their marriage in 2021.

In August 2019, Benjamin asked the question for the first time, but after a couple of months, the pair called it quits because rumors regarding his infidelity were spread on the internet.

Even though Benjamin’s infidelity was never made public, the model did own up to it in a book he pinned months after their breakup called “My Truth.” In the book, he talked about maturing as a guy and being sensitive.

Then again, in the summer of 2021, Benjamin popped the question, and finally, Liane V said yes. The pair was also seen on Spicy Mary’s podcast, The Spicy Life, where they discussed the steps to forgiveness after his cheating.

Benjamin and Liane V celebrated their second engagement in front of Burj Khalifa and chose Hawaii for their wedding ceremony. She wore a lacy white wedding gown, and her husband wore a traditional tux.

It has already been a year since Benjamin and Liane V’s wedding. The pair exchanged the wedding vows on August 24, 2021, also V’s parents’ anniversary.

The couple celebrated their first year anniversary, followed by Liane V’s birthday just a few days before. Benjamin posted a picture of her wife and wished, “Happy birthday to the most beautiful girl in the world inside and out! So blessed to call you my wife!!”