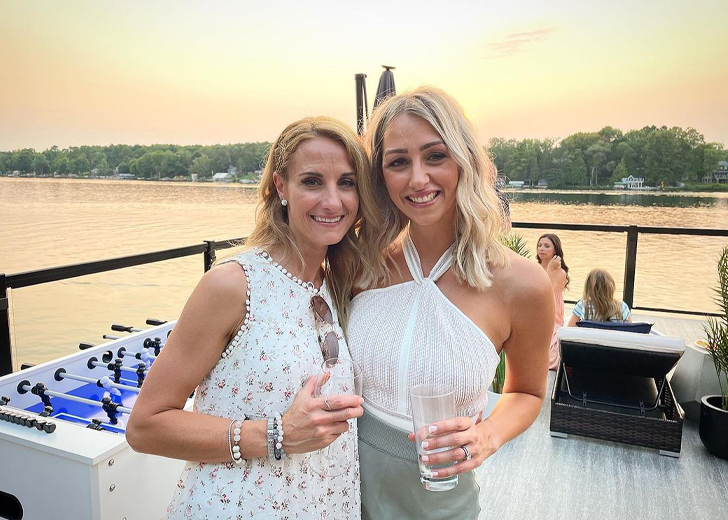 Due to their professional ties through the HGTV show, they have developed a friendly bond that has soared its way up to their families as well.

Yes! Not only Salmoni is good friends with her co-host McGillivray, but she also has a healthy friendship with his wife Anna-Sabrina Deacetis McGillivray, Sabrina in short.

Salmoni’s good friendship with the McGillivray couple was recently witnessed through her Instagram post of August 22, 2021, where she had high praise for them, mainly Sabrina.

Salmoni shared a picture alongside Sabrina in which they were enjoying a friends’ Friday night out. In the caption, she wrote that one of her favorite parts of working alongside Scott every day is that she gets to hang out with his gorgeous and awesome wife, Sabrina.

Continuing her caption, she added, “Scott and Sabrina are two of the most generous, kind, cool and fun people I know. Im lucky to have them both in my life.” “Reminiscing of Friday night,” she ended the caption.

All that shows that Debra and Scott’s family has a very good bond between them, while they also relish their personal family life. Below find details of their respective personal lives.

Debra, an interior designer, is currently in a marital relationship with a Canadian animal trainer named Dave Salmoni.

Debra and Dave were dating each other long before they decided to share the wedding vows. On June 13, 2015, they tied the knots in front of close friends and family.

From their marriage, the duo is parents to two children: a son named Thomas and a daughter named Elizabeth. The family of four have been relishing their time together and can be seen going on vacations to different places.

Debra and her husband recently celebrated their sixth wedding anniversary. On that day, Debra shared a series of pictures, including one from their wedding, and wrote a long yet sweet caption.

Scott, the real estate investor, has been in a marital relationship with his wife, Sabrina, for more than 12 years, as of this writing.

Scott and his wife shared the wedding vows in 2009. Less than three years later, on January 25, 2012, the married couple welcomed their first child, a daughter named Myah.

The bundle of happiness further expanded a little over a year later, on October 31, 2013, when they were blessed with yet another daughter, whom they named Layla.

Since the birth of their daughters, the married couple has been enjoying their time as parents. In addition, the responsibility of being a parent has further strengthened the bond of Scott and his wife.