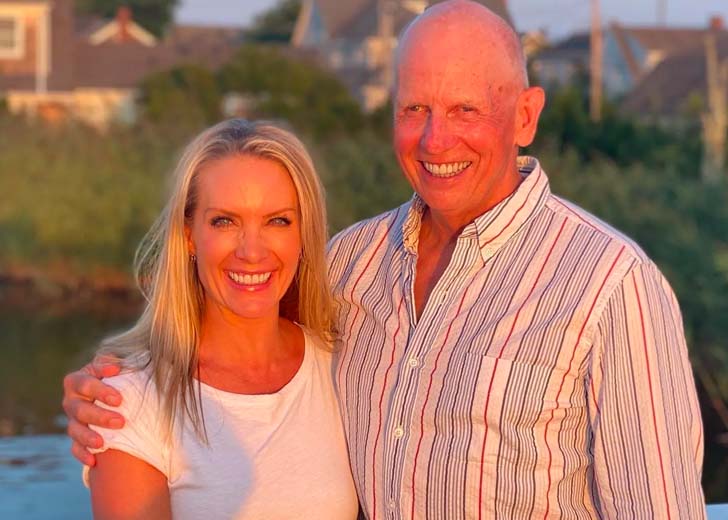 Dana Perino and her husband Peter McMahon have been together for 24 years!

Dana Perino has been married to her husband, Peter McMahon, for over two decades.

It was love at first sight to them, and to date, they are very much in love. They often share pictures of one another on their social media, gushing about how much they love each other.

The pair often get backlash for their age difference. Perino was 25 years old, whereas McMahon was 43.

There is an age difference of 18 years, but it is just a number to them.

Perino talked about the first time she met her spouse with Yahoo in November 2018.

The two met in an airplane, and to date, Perino celebrates the anniversary of the day they first met.

In August 1997, Perino boarded an aircraft from Denver to Chicago. McMahon was also in the same place and was seated next to her.

And that was it. Once Perino landed her eyes on the business tycoon, she was attracted to him.

It didn’t take Perino long to fall in love with him because of his adorable appearance and British accent. She joked to the tabloid that she checked if he had an engagement ring or not.

Perino’s initial impression of her spouse was that “he’s cute, and he doesn’t have a wedding band on” and that “he has a British accent.”

Thankfully, the attraction was not one-sided. McMahon was also instantaneously drawn to the former White House press secretary.

Dana Perino has been married to her husband for over 24 years. (Source: Instagram)

As a result, the pair ended up conversing the entire way to Chicago. Perino did not want to lose contact with McMahon, so she gave him a card with all her information.

She wanted to come off as professional, but the main reason she did so was that she did not want to look aggressive by just giving her phone number.

McMahon wrote her an email, expressing his feelings since they first talked on the plane. However, Perino only found the email ten days later when she checked her inbox.

She said, “I spent those ten days unable to eat or sleep or even read. And I logged onto my computer, and I got his email then.”

The pair had a long distanced relationship at first. She was in Washington D.C, whereas he was in the U.K. Regardless, they were always connected via phone.

Finally, they had their first date in New Orleans, where they connected for a weekend. Both of them were excited to meet one another.

McMahon said he “​​walked around like a teenager on his first date waiting for Dana’s flight to arrive.”

Perino also rushed to him as soon as the plane landed. And the rest is history.

McMahon proposed to Perino ten/eleven months after they initially met. The Fox News anchor, on the other hand, waited nearly two months to accept the offer.

Perino did so by handing a letter to her spouse. She wrote how much she loved and enjoyed being with him.

In the end, she wrote, “Yes, I will marry you.” The pair got married in 1998 and have been together ever since.

It is unknown if Perino ever got pregnant, but the couple does not share any children. However, McMahon has two children from his first marriage.

The journalist shared a dog named Jasper with her husband, but unfortunately, Jasper passed away in 2021.

What Happened To Jeanine Pirro’s Husband Albert Pirro? Look At Her Life Now