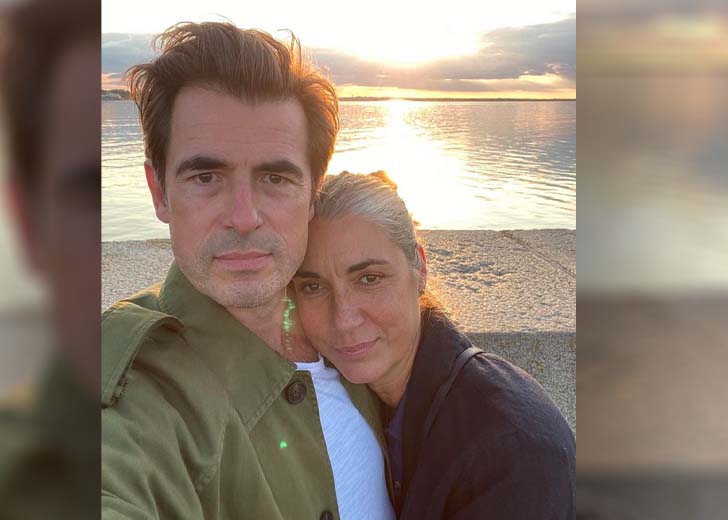 Claes Bang wanted to be a musician before he became an actor.

Claes Bang is a musician and actor from Denmark. He is most recognized for his roles in Ruben Ostlund’s 2017 film The Square, which won the Palme d’Or at the Cannes Film Festival, and Fjölnir in Robert Eggers’ 2022 film The Northman.

In 2019, he portrayed Sasha Mann in the last season of The Affair, and he gained more worldwide acclaim as Count Dracula in the BBC/Netflix series Dracula (2020).

For the fans who are curious about the actor’s relationship status, he is in a long-term married relationship with his wife. Here are more details on his wife, connection, and personal life. Read along to find more.

Claes Bang has been married for over twelve years

Bang is currently married to his wife, Lis Kasper Bang, whose birth name is Liz Louis-Jensen. In 2006, Bang met stylist and photographer Liz when both were working on the show Den grønne elevator at Kanonhalløj.

It was actually Liz who proposed to Bang on New Year’s Eve 2007, and they married on a canal boat in Copenhagen on September 25, 2010. The reception was held in Borups Højskole. After the venue closed at one o’clock, the entire group was invited to the newlyweds’ residence in Frederiksberg for a party and a disco, according to BILLED-BLADET.

The duo has five years age-gap, but that doesn’t seem to be a problem for their lasting marital relationship.

“It was an absolutely fantastic day, and we are so happy. We are saving the honeymoon for November. As she is called now, my wife has never been to New York, so we are strongly betting on spending 14 days together in the city,” the groom told BILLED-BLADET.

Bang and his wife are not the parents of any children of their own. However, the Danish actor, on the other hand, is the stepfather to two children, Sarah, and Bella Louis, from his wife’s previous relationship.

In addition, Band and his wife Liz are now grandparents since his stepdaughter Sarah gave birth to a baby girl called Elly Rosa, who was born on April 4, 2020.

Claes Bang didn’t plan to be an actor

Bang was born on April 28, 1967, in Odense, Denmark, and acting was never his dream career. After his parents divorced, he usually stayed with his father and traveled often. Thus he ended up going to numerous different schools as a kid.

The actor intended to be a musician, but as significant decisions in his life became last-minute decisions, acting became the same. Bang performed in the musical Hair during his third year of high school, which started his love for acting, and he continued to pursue amateur theatre after he left school.

After learning that the age restriction for applying to the Danish National School of Theatre is 25, he applied at 23. He was rejected the first time but applied the following year again and was accepted five days before his 25th birthday.

He started at the school in 1992 and graduated in 1996. His first stage part after graduating was in the drama Tudseakvariet at Brneteatret Skaegspire, and he obtained his first breakthrough role in the Danish television program Taxa in 1997. In Denmark, he primarily worked on stage and on television.

The actor is regarded as one of the best Europe has to offer; he was so popular in 2017/2018 that many launched campaigns for him to be the new ‘James Bond.’